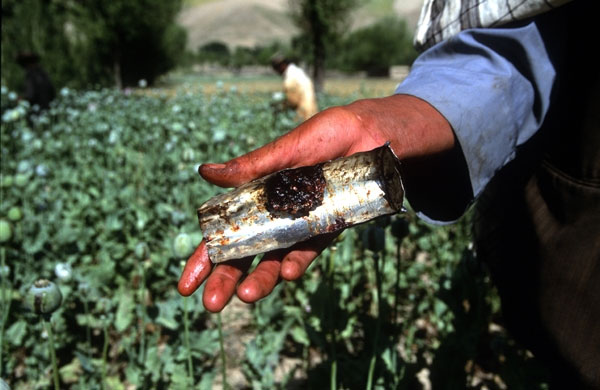 India Blooms News Service | | 15 Oct 2015, 09:38 am
#Afghanistan, # Opium, # UN, # Agriculture
New York, Oct 15 (IBNS): Opium poppy cultivation in Afghanistan decreased 19 per cent in 2015, compared to the previous year, according to the latest Afghanistan Opium Survey figures released on Wednesday by the Afghan Ministry of Counter Narcotics and the United Nations Office on Drugs and Crime (UNODC).

“I hope the survey will serve to inform policies and efforts to build on these hard-won achievements,” said UNODC’s Executive Director Yury Fedotov in a press release, adding that sustaining progress "depends on the resolve of the Afghan Government, and on the international community, which must devote the needed resources and make a long-term commitment to addressing a threat that imperils all our societies.”

Despite these noted decreases, the number of poppy-free provinces fell in 2015, specifically in the Northern region with Balkh losing that status which it had regained in 2014.

As noted in the survey, opium cultivation decreased in most of the main opium poppy-growing provinces, notably Nangarhar, Nimroz and Kandahar (which saw declines of 45, 40 and 38 per cent, respectively), but climbed in the provinces of Badghis (by 117 per cent) and Uruzgan (by 22 per cent).

The UN is also highlighting that as in previous years, the available technology used to conduct the crop monitoring and assessment between 2014 and 2015 has again been refined and sharpened, leading to greater accuracy of estimates but which may have an impact on the extent of year-on-year changes.

Regarding the southern region, it reportedly has the country’s largest share of national opium production with 58 per cent recorded, which equals some 1,900 metric tons (MT). UNODC finds Afghanistan’s second most important opium producing region to be the west, responsible for 22 per cent of national production (720 MT), followed by the eastern region with 13 per cent (450 MT).

The remaining areas (north-eastern, northern and central regions) together account for less than eight per cent of opium production.

According to the survey, the low production can be attributed to a reduction in area under cultivation, but more importantly to a drop in opium yield per hectare.

This yield decreased in all main opium poppy cultivating regions, led by the southern region, with a 45 per cent decrease, followed by the western region (20 per cent) and the eastern region (eight per cent).

In terms of eradication, efforts across the country led by the various provincial governments increased a collective 40 per cent, compared to last year, or from around 2,700 ha to 3,760 ha.