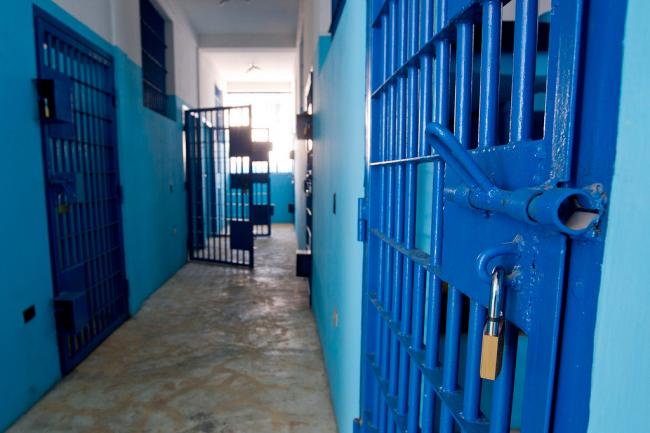 “It is particularly appalling that in a country where only one-third of children are registered at birth and where age determination techniques remain rudimentary, courts can pronounce and confirm death sentences on children based on visual assessment by the police and refuse to take into account evidence of juvenility, even when provided by the Pakistani authorities themselves,” the experts stated in a press release.

It is estimated that 8,300 people are currently on death row in Pakistan – hundreds of them reportedly sentenced for offences committed as children.

The UN experts’ call comes after this week’s death by hanging of Ansar Iqbal, who was 15 years old when arrested and condemned to death. The execution was carried out only a few months after the hanging of Shafqat Hussain, Aftab Bahadur and Faisal Mahmood, all reportedly children at the time of their alleged offences.

Ansar Iqbal had obtained from the Pakistan Registration Authority an official birth certificate proving that he was a child when sentenced. Yet, on 15 September 2015, the Supreme Court of Pakistan refused to either take it into account or review the case.

The Special Rapporteurs on extrajudicial, summary or arbitrary executions, Christof Heyns, on torture and other cruel, inhuman or degrading treatment or punishment, Juan E. Méndez, and on the independence of judges and lawyers, Mónica Pinto, as well as the Chairperson of the UN Committee on the Rights of Child, Benyam Dawit Mezmur, deplored the execution.

“We condemn in the strongest possible terms Ansar Iqbal’s execution, which has been carried out, as the previous ones, in clear violation of international human rights treaties to which Pakistan is a party, and despite multiple interventions of United Nations human rights mechanisms,” stressed the experts.

They pointed out that according to the Committee on the Rights of the Child, “if there is no proof of age, the child is entitled to a reliable medical or social investigation that may establish his/her age and, in the case of conflict or inconclusive evidence, the child shall have the right to the rule of the benefit of the doubt.”

They also emphasized that “basic safeguards for a fair trial have been clearly trampled” in these trials and warned that “failures in the prosecution evidence, refusal to investigate complaints of allegations of torture of children in police stations and prisons despite being widely reported in Pakistan, and dismissal of key evidence on procedural grounds are common practice in the proceedings against these children.”

“Any death sentence executed in contravention of a government’s international obligations amounts to an arbitrary execution,” cautioned the experts.

“We recall once again that by ratifying the Convention on the Rights of the Child and the International Covenant on Civil and Political Rights, Pakistan has accepted the legally binding obligation to ensure that death sentences will never be imposed on a defendant who was under 18 at the time of the crime,” they stated.