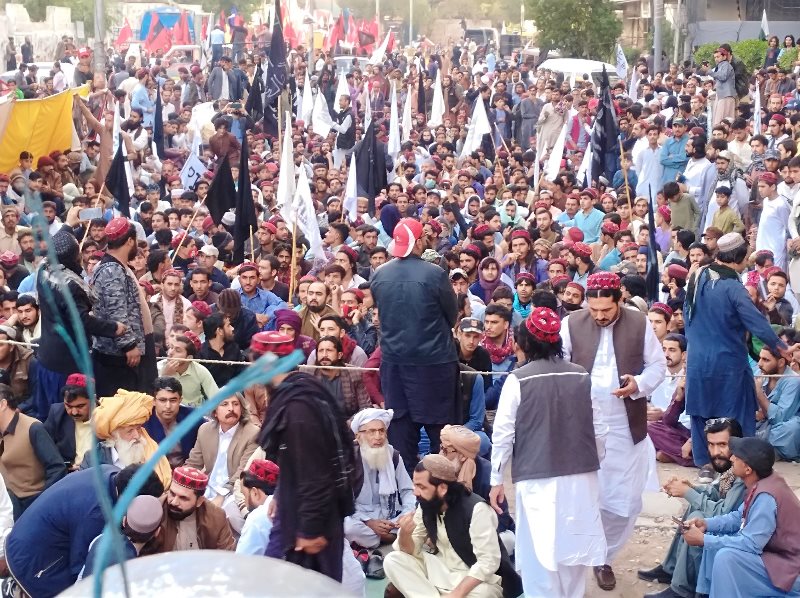 Karachi: Police recently arrested several members of the Pashtun Tahfuzz Movement (PTM) in an abetting mutiny case after they held a protest demonstration outside the Karachi Press Club.

They were demanding the release of  MNA Ali Wazir.

They were also urging the Sindh government to stop the arrest and deportation of Afghans.

SSP-South Syed Asad Raza told Dawn that the Artillery Maidan police registered an FIR under Sections 153 (wantonly giving provocation with intent to cause riot) and 131 (abetting mutiny, or attempting to seduce a soldier, sailor or airman from his duty) of the Pakistan Penal Code, reports Dawn News.

The leaders and workers were booked for allegedly delivering provocative speeches and using ‘undesirable language’ against the forces and institutions, the police told the newspaper.

According to the FIR, registered on behalf of the state through police officer Nayyar Dean, around 700-800 PTM and Pakhtun Students Federation leaders and workers held a protest outside the KPC.

It said the PTM leaders warned “current and former officials of the forces” to amend their attitude or they would do something which might be unimaginable for them.

The FIR said they chanted provocative slogans and “raised the flag of another country”.