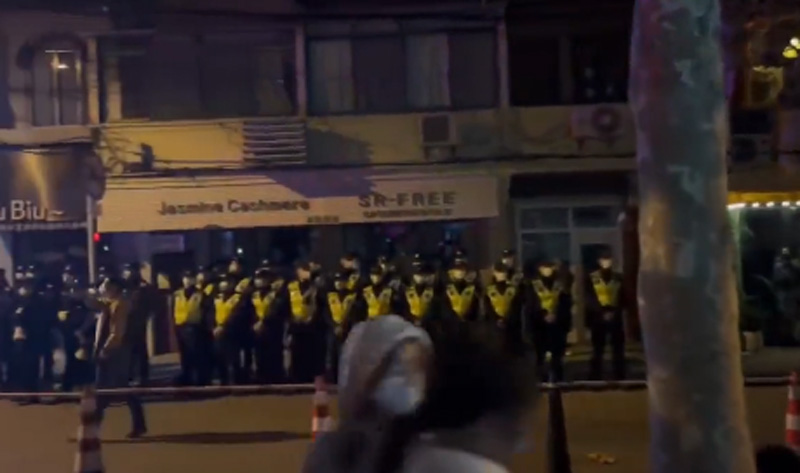 Beijing: Protests have started in different corners of China against the strict COVID restrictions imposed in the country and some even demanded the resignation of leader Xi Jinping and other Communist leaders.

This is the first major defiance being witnessed by the country against COVID-19 restrictions.

Thousands of protesters took to the streets of Shanghai, where the BBC reported people being bundled into police cars.

Students reportedly also protested at universities in Beijing and Nanjing.

‘Down with the party! Down with Xi Jinping!’ Free Xinjiang!’ pic.twitter.com/q5jwUQrz5Z

The latest unrest follows a protest in the remote north-west city of Urumqi, where lockdown rules were blamed after 10 people died in a tower block fire, reports BBC.

While Chinese authorities deny that Covid restrictions caused the deaths, officials in Urumqi did issue an unusual apology late on Friday, and pledged to "restore order" by phasing out restrictions, the British media reported.

In Shanghai, people were seen shouting slogans such as "Xi Jinping, step down" and "Communist party, step down".

Some were even seen holding blank white banners, while others lit candles and laid flowers for the victims in Urumqi.

One protester in Shanghai told the BBC that he felt "shocked and a bit excited" to see people out on the streets, calling it the first time he'd seen such large-scale dissent in China.

He said lockdowns made him feel "sad, angry and hopeless", and had left him unable to see his unwell mother, who was undergoing cancer treatment.

A female demonstrator told the BBC police officers were asked how they felt about the protests, and the answer was "the same as you". But, she said, "they wear their uniforms so they're doing their job."