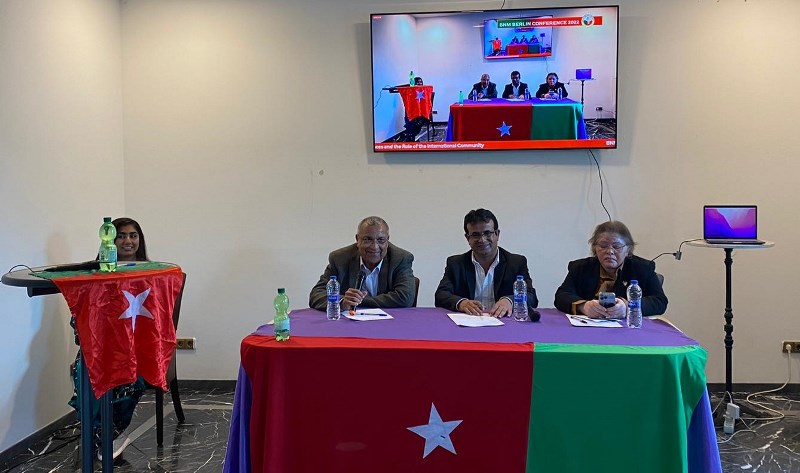 Quetta, Pakistan: The Baloch National Movement (BNM) has accused China of joining hands in “carrying out the Baloch Genocide" in Pakistan.

The group also voiced concern over the ongoing issue of enforced disappearances in Balochistan under Pakistani occupation.

Naseem Baloch, the chairman of the Baloch National Movement (BNM) addressing the second session of the BNM conference in Berlin said that among the issues the Baloch people face today under Pakistani occupation, the most compelling issue is the enforced disappearances and the kill and dump policy, including the recent fake encounters, reports ANI.

“In the recent sit-in protest in Shaal (Quetta) Balochistan, we saw sisters and mothers of the enforced disappeared persons with their infant children. We saw weak and ill children without shoes, their mothers holding them in one hand and holding a mic in the other hand; crying for their loved ones,” the BNM chairman said in the statement.

He also added: “We are indirectly fighting against China, the ally of Pakistan. We are fighting against its presence in Gwadar. Our success means safeguarding the interests and way of life of many other minorities who are bound to fall prey to Chinese hegemony."

"Apart from the exploitation of our natural resources, the Chinese presence on the Strait of Hormuz in Gwadar Port is bound to have negative economic and military effects on this region and the world,” he added.

“Earlier, Pakistan was alone in inflicting atrocities on us, the Baloch, the Gilgit and Baltistan, the Pashtuns, and the Sindhis. but now it has got an expansionist and aggressive partner in the form of China. China has joined hands to carry on the Baloch Genocide. Their main purpose is to exploit the resources of Gilgit Baltistan, Sindh, and Balochistan,” Naseem noted further.