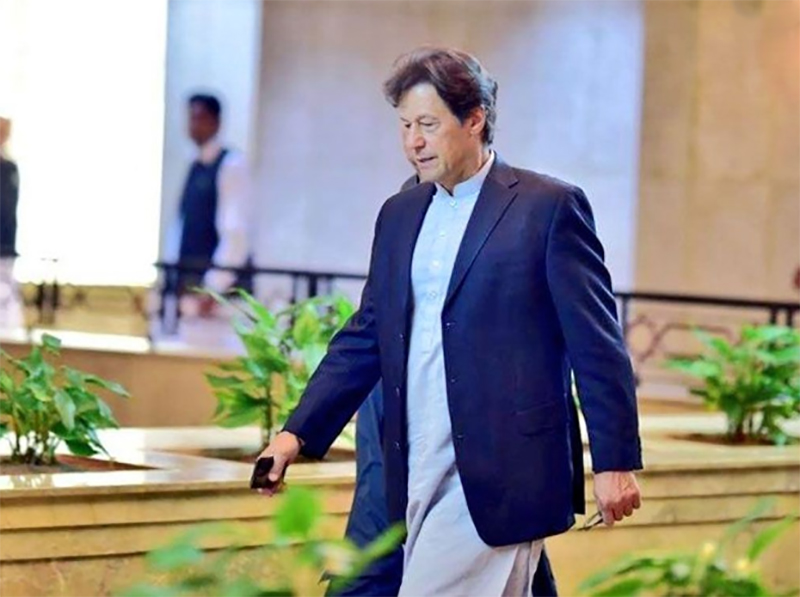 The PTI leader provided details of the assets to the Election Commission of Pakistan (ECP) to contest by-elections from Faisalabad constituency, NA-108, reports The News International.

According to the details of the declared assets, the total worth of Imran Khan’s assets is more than Rs 304.2 million. Imran also declared two inherited houses and 228 kanals of land in Bhakkar district, but had no jewellery, the newspaper reported.

Imran Khan also owns a flat and a commercial plot on Constitution Avenue in Islamabad from which he is receiving Rs 1.4 million as rent.

The PTI chairman confirmed his four bank accounts, but no investment in any company.

He showed Rs 11.22 million cash in hand. While he has four goats worth Rs 0.2 million, the newspaper reported.

In the nomination papers, Imran Khan did not mention details of his children.

According to the nomination papers, Imran Khan declared 698 kanals of land in Pakpattan and Okara in the name of his wife Bushra Bibi.

Imran Khan was ousted from power earlier this year when a no-confidence motion was passed against him.