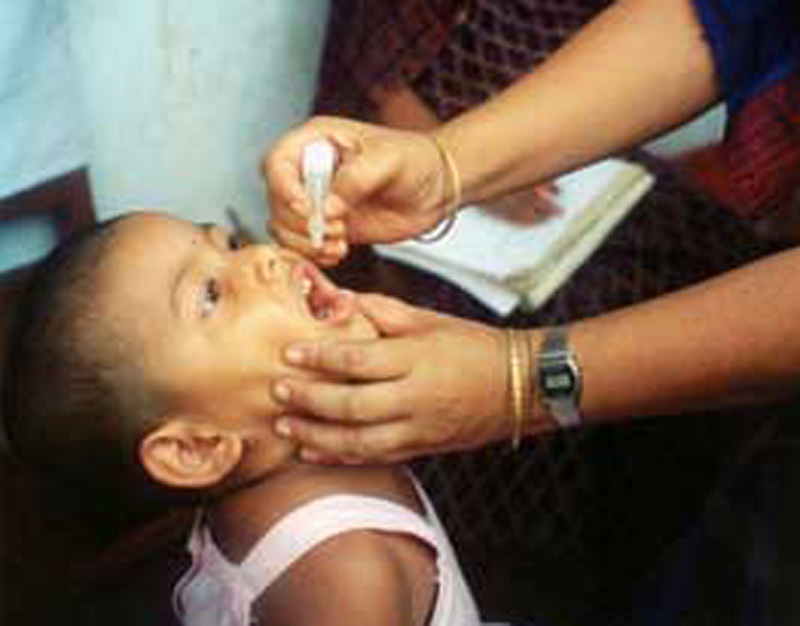 Islamabad/Xinhua/UNI: Two policemen were killed in firing by unknown gunmen in Pakistan's northwest Khyber Pakhtunkhwa (KP) province, according to police officials on Tuesday.

Unknown miscreants riding on a motorcycle opened fire at the police personnel assigned to guard polio vaccination team in the Kot Azam area of Tank district of the province on Tuesday, Asghar Khan, a senior police official in the area, told Xinhua.

He said that the attackers fled the scene after carrying out the attack, and a search operation for the culprits is underway.

Earlier on Monday, a 10-day polio vaccination campaign was launched in the district to administer vaccination drops to children aged up to five years.

Taking notice of the incident, Prime Minister Shahbaz Sharif strongly condemned the attack on the polio team, saying the enemies of the health of the nation's young generation would be strongly dealt with.

"Those involved in the attacks on the polio team wanted to make the children of the country suffer from disabilities due to the crippling disease," the prime minister said, adding that the miscreants pursuing such agenda and nefarious designs against the young generation will be eliminated.

Pakistan has reported 14 polio cases this year, all of them from the KP province.
According to the World Health Organization, Pakistan is one of the only two polio-endemic countries in the world along with its neighbor Afghanistan.