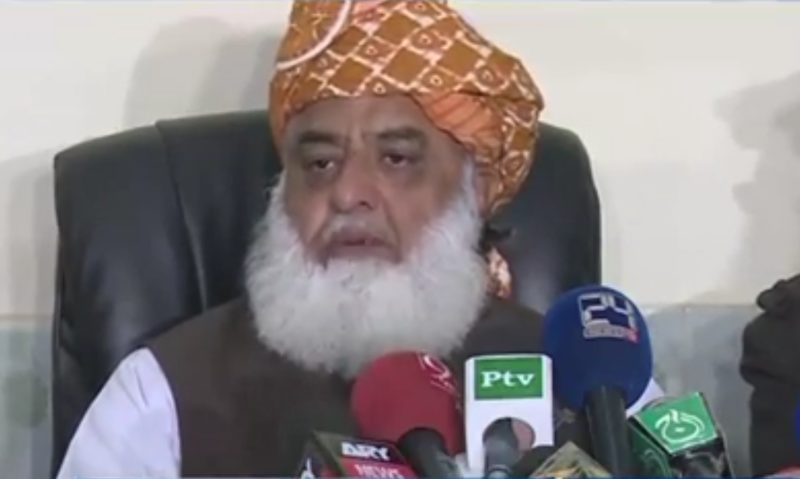 Talking to reporters following the meeting of a tribal jirga of North Waziris­tan district, Rehman said all the southern districts, including Dera Ismail Khan, Tank, Lakki Marwat, Karak, and North and South Waziristan, were under the control of armed people, reports Dawn News.

According to a Dawn.com report, Rehman said the federal government’s decision to complete its tenure and hold general elections on time had PML-N supremo Nawaz Sharif’s blessing.

Rehman said every person should understand the sensitivity of the challenge the current government had accepted by coming to power and called on the people to not vote again for the PTI.

“Voting for the PTI is [akin to] becoming a participant in the country’s destruction and this has no other meaning," the PDM chief said.

Rehman, who heads his own faction of Jamiat Ulema-i-Islam, said he will meet Prime Minister Shehbaz Sharif soon to discuss this issue, adding the government would have to seriously consider reports about this situation and determine the root cause of the matter.