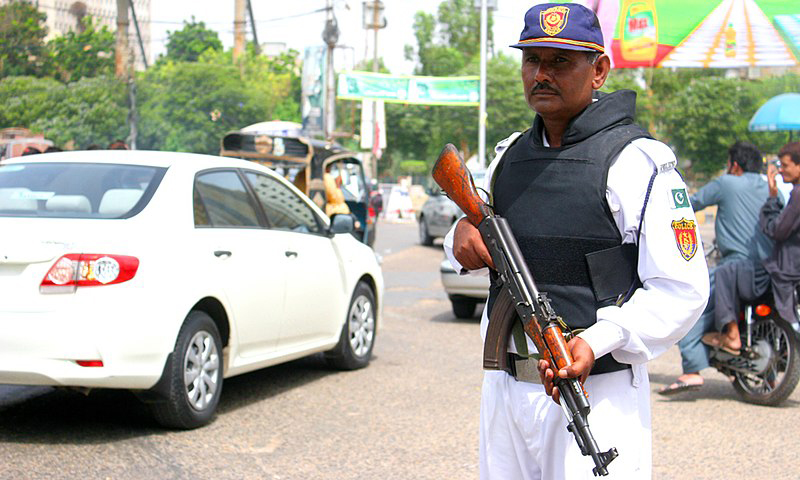 Islamabad: A Pakistani police constable was abducted by unknown people while he was leaving Police Line Headquarters after duty on Wednesday, media reports said on Saturday.

“Constable Imran Baluch was attached with the Anti-Riot Unit (ARU) of the Islamabad Police and deployed at Police Line Headquarters,” sources told The News International.

The wife of the kidnapped policeman – Imran Baluch –contacted Rescue-15 on Thursday, saying she received a call from her husband who told her that he was in danger.

She said her husband believed that he could be killed.

In another incident, a young police constable was injured when a gangster stabbed him in G/9-1, falling in the jurisdiction of Karachi Company Police Station Thursday, sources told the newspaper.

Hamza Haider (Constable of Police/Belt No. 405) was attached with the Anti-Riot Unit (ARU) and is son of an Inspector of the Islamabad police – Zulfiqar Ali – deployed in Police Headquarters, the newspaper reported.

The Karachi Company has lodged an FIR against the attackers.