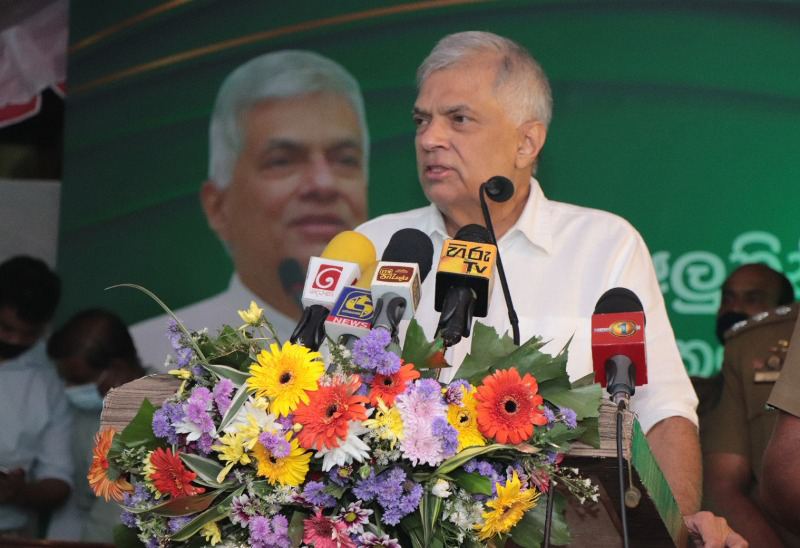 Colombo: Sri Lankans will find it tough to get fuel and gas in the next three months, Prime Minister Ranil Wickremesinghe has warned, and urged people not to hoard them and to avoid travel unless it is really necessary.

"The next three weeks will be a tough time for us in regards to fuel. It is time we all must use fuel and gas as carefully as possible. Unessential travel should be limited as much as possible. Therefore, I urge all citizens to refrain from thinking about hoarding fuel and gas during this period," Wickremesinghe said.

The Prime Minister said that Sri Lankan spends $500 million per month on fuel and that the global crisis risks raising oil prices further.

"Some estimate that global oil prices will rise by as much as 40 per cent by the end of this year. In this context, the idea of introducing a coupon system for fuel cannot be ruled out.

"Somehow we have to find $3,300 million worth of fuel for the next six months," he added.

The Prime Minister said the United Nations will make a global appeal on June 9 to provide humanitarian assistance to Sri Lanka.

Sri Lanka has been hit by an unprecedented economic crisis that has triggered widespread shortages of fuel, food as well as medicines. This in turn has sparked unending anti-government protests.