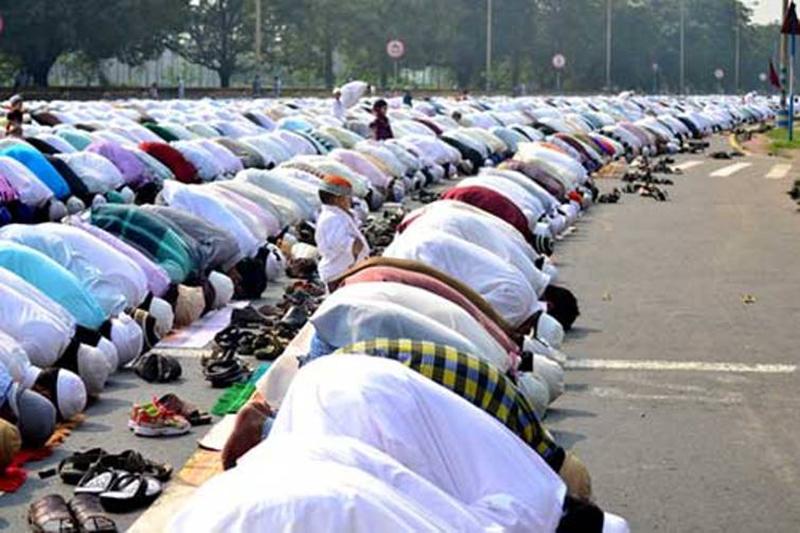 Karachi: A group in Pakistan's Karachi were seen performing ''Azan'' as an experiment to extinguish a fire that broke out three days back and has been burning for over 72 hours at a superstore basement in Jail Chowrangi.

Imtiaz Mahmood, on his Twitter handle shared a purported video of the same incident on Friday wherein a group of people were seen performing ''Azan'' in reflective radium jacket.

A fire tender was also seen stationed behind them.

Mahmood captioned the video, "In Karachi yesterday (Thursday), a supermarket near Jail Chowrangi, was on fire. An experiment was carried out to extinguish fire by group Azan." adding, "It didn't work."

The azan was performed on Thursday, according to Mahmood, a day after the blaze was reported.

The fire so far has swallowed over 1.2 million gallons of water, according to Geo News.

One person who was admitted in the hospital after being rescued from the incident site has succumbed to his injuries, while, four others including two firefighters, had passed out, reports on Thursday said.