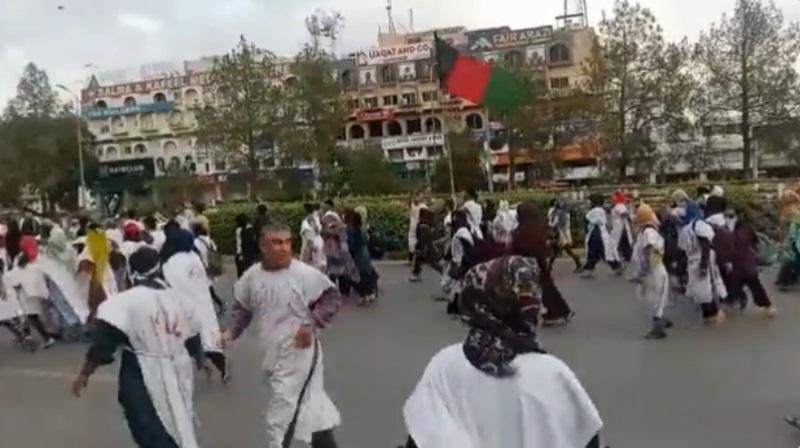 Islamabad: A large number of refugees from Afghanistan recently demonstrated in Pakistan's Islamabad city as they demanded  shelter in developed countries.

They said Pakistan, the nation where they have taken shelter, itself is reeling under economic and political crisis.

These people refuse to go to Afghanistan which is under Taliban rule.

They brought out the rally in the Pakistani city from the press club to D-Chowk.

Some of the protesters Dawn spoke to said they were insecure under the Taliban government that’s why they left their country.

“We are here and want to get settled in any developed country. So far, we are not being given the status of refugees here,” said Alyas Zaki, a protester.

He said Pakistan was also not providing asylum to them, adding: “We know people of Pakistan are also facing several challenges such as unemployment and high inflation, therefore, frankly speaking, we want to stay in any developed country."