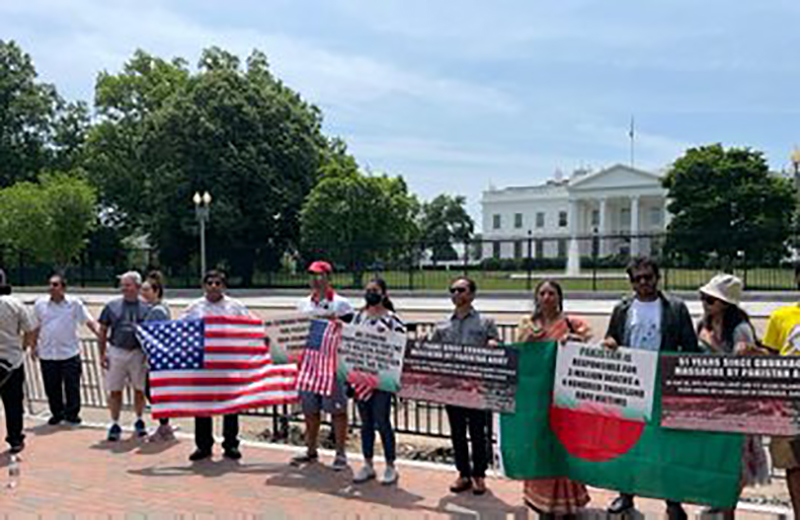 Washington: The members of Human Rights Congress for Bangladesh Minorities have  staged a protest outside the White House on Sunday as they demanded actions against the perpetrators of the 1971 genocide, media reports said on Sunday.

The members even  asked for the extradition of five globally designated terrorists living in Pakistan.

Executive Director of HRCBM, @_PriyaSaha called on the US administration to apply Magnitsky sanctions on Pakistani civilian and military officials, about 195 of whom were never prosecuted for their role in the #1971BengaliGenocide.
3/3 pic.twitter.com/kDLx0gz6GH

The protestors told ANI that Pakistan owes an apology to the people of Bangladesh for the largest single-day massacre carried out by the Pakistani Army in Bangladesh, exactly 51 years ago today. 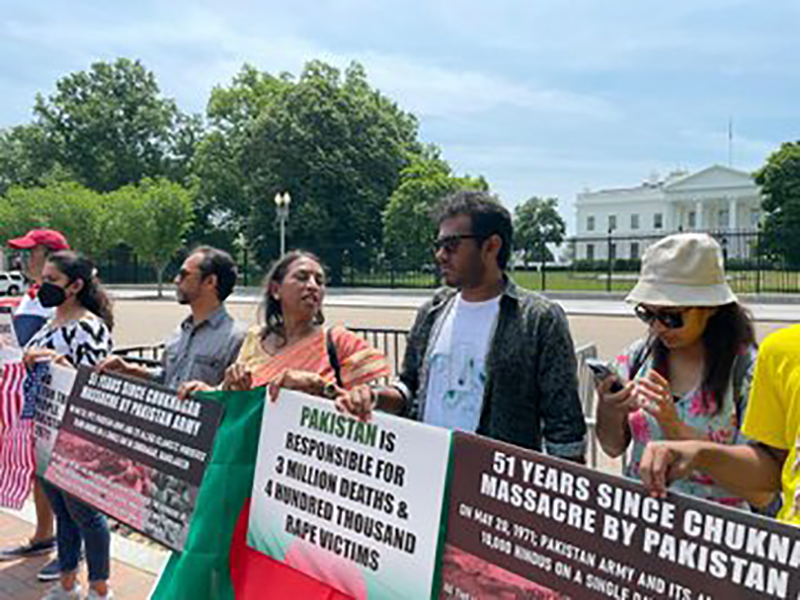 THREAD ON TODAY'S PROTEST @WhiteHouse!!
Exactly 51 years ago, on May 20 (1971), the #Pakistani Army carried out the largest single-day massacre in Bangladesh (formerly East Pakistan). With the active participation of some Bangladeshi-origin Islamists.
The protesters demanded 1/3 pic.twitter.com/Y1FCDRePUy

“Still, nobody is held for this crime, and 195 Pakistanis were criminals, they are enjoying their normal life. We want the American government to put sanctions on Pakistan and the 195 criminals under Magnitsky act and uphold human rights across the world,” she was quoted as saying by ANI. 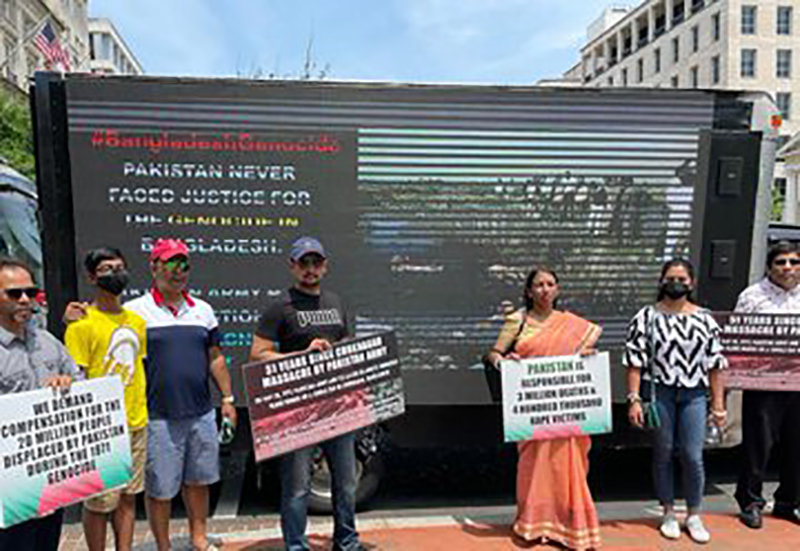