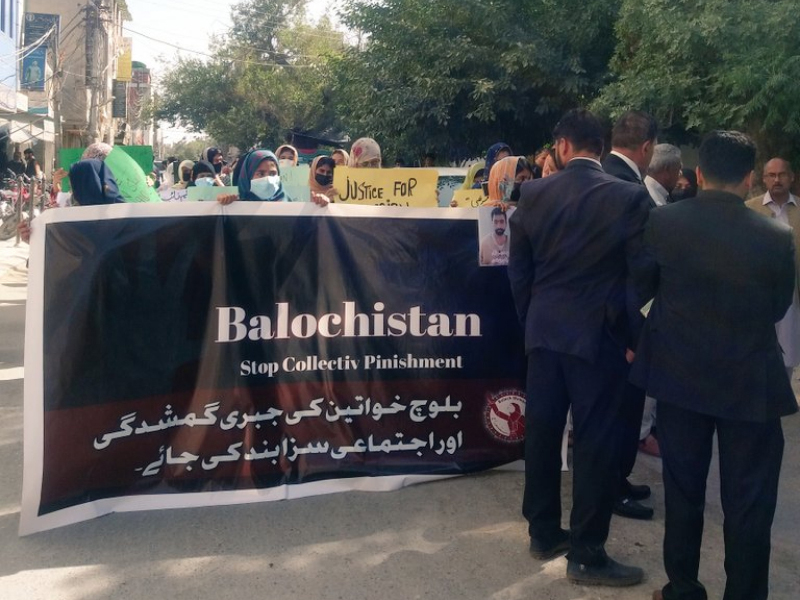 Pakistan: Protest held in Quetta over arrest of Baloch woman

Quetta, Pakistan: Protest was held in front of the Quetta Press Club in Pakistan over the recent arrest of Noor Jehan from Balochistan’s Turbat by the Counter-Terrorist Department, media reports said on Saturday.

A large number of women joined the protest which was led by Voice for Baloch Missing Persons Vice Chairman Mama Qadeer.

While addressing the protesters, many Baloch leaders was quoted as saying by ANI, “Counter-Terrorist Department is now arresting our women folk after our youths. The arrest of Noor Jehan by CTD is condemnable.”

The Baloch leaders said that the government agencies had first forcefully arrested the youths and then made them disappear without a trace and after some time their tortured and mutilated bodies were found far from their homes.