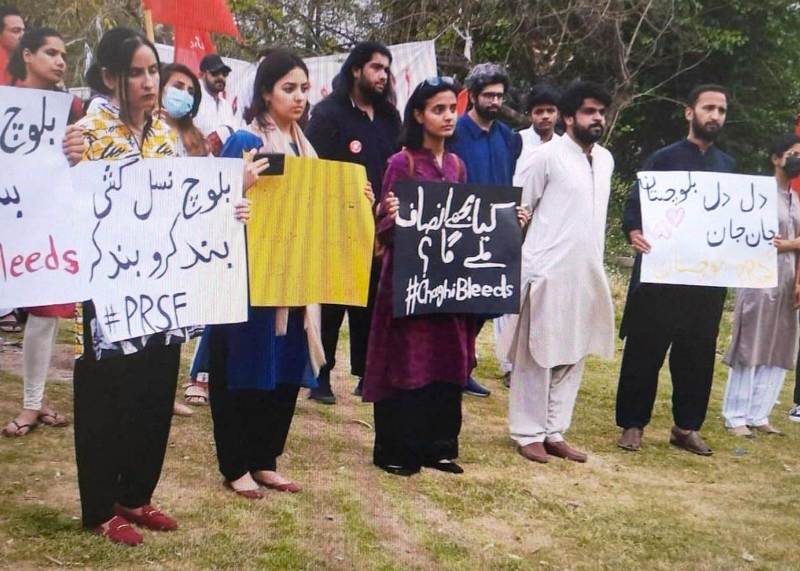 Quetta, Pakistan: In the third week of April, people of Balochistan had participated in a protest against the security forces of Pakistan (Frontier Corps) over firing that took place over peace protesters in the Nok kundi area of Balochistan's  Chagai district in which five-seven people were injured.

People were protesting against the security forces after a driver from Balochistan was killed by the firing of troops of Frontier Corps in the desert area of Chagai in Balochistan.

They were protesting outside a camp of Frontier Corps in Balochistan.

After these incidents, on April 21, many people took to the streets against the atrocities on Balochis in different parts of country with a slogan of "Stop Baloch Genocide".

Local people also took part in a rally from Degree College to University of Balochistan against the Chagai incident that took place on Apr 21.

Further, a large number of people gathered outside the National Press Club in the Pak capital of Islamabad on Apr 21 with placards of 'Chagai Bleeds' and 'Will I Get Justice'.