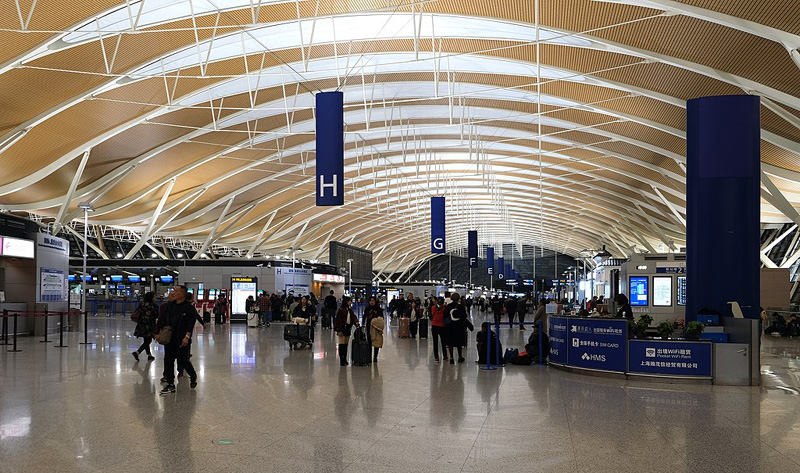 Beijing: China's aviation regulator said on Tuesday that it will be diverting around 106 international flights that were scheduled to arrive in Shanghai to other Chinese cities between March 21 to May 1 due to the worsening Covid-19 situation across the country.

The flights that will be impacted include those operated by Air China, China Eastern, Shanghai Airlines, Juneyao Air and Spring Airlines, the Civil Aviation Administration of China said.

China is facing yet another wave of COVID-19 pandemic outbreaking, forcing authorities to put  17.5 million residents of Shenzhen into lockdown for at least a week, media reports said on Monday.

The country is witnessing a tough phase of the pandemic for the first time since COVID-19 outbreak was reported in Wuhan in 2020.

The Shenzhen lockdown, which came after new virus cases doubled nationwide to nearly 3,400, will be accompanied by three rounds of city-wide, mass testing. Called with little notice on Sunday, the order followed earlier restrictions placed on Shenzhen’s central business district, and will last until March 20, reports Bloomberg.

All bus and subway systems in the city were shut, and businesses, except those providing essential services, have been closed. Employees were told to work from home if they can, reports the media.

Residents of the city have been prevented from leaving it.

Meanwhile, Foxconn, one of Apple's biggest suppliers, has suspended operations in Shenzhen.

The world's second largest economy is still doggedly pursuing its zero-Covid strategy, even as other nations reopen and try to live with the virus. The lockdowns in major Chinese cities will impact not just the country's post-pandemic recovery, but could deliver a new blow to global supply chains, reports CNN.

In its statement provided to CNN Business on Monday, Foxconn said that the "date of factory resumption is to be advised by the local government."