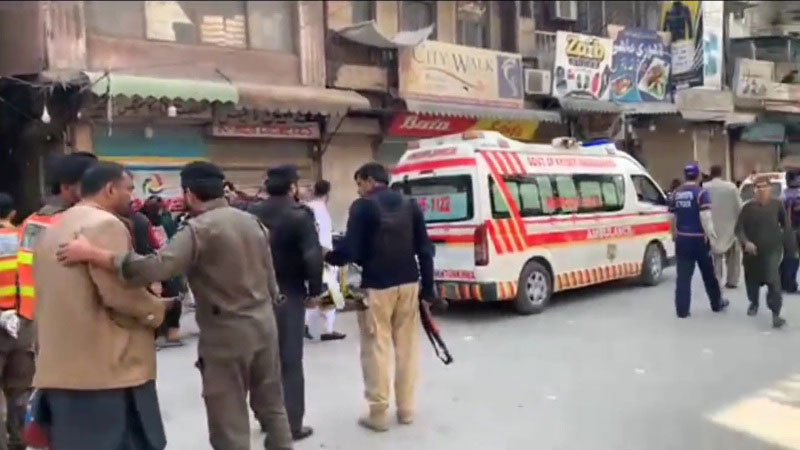 The blast left close to 200 others hurt.

The mosque is located in Qissa Khwani bazaar in the Kocha Risaldar area of Peshawar.

The rescue teams have rushed the injured to Lady Reading Hospital, while residents and people of the neighbourhood also helped in transporting the injured on their motorcycles and cars, reports Geo News.

PM Imran Khan and several other political leaders have condmened the incident.

Police and security forces have cordoned off the area.

In a statement to the media, Advisor to KP Chief Minister Barrister Muhammad Ali Saif confirmed that the explosion took place during Friday prayers.

“Reportedly the terrorists first tried to enter the mosque where they exchanged fire with the police,” Barrister Saif told Geo News.

He said that a terrorist managed to enter the mosque and carried out the attack.

An eyewitness identified a person dressed in black as the suicide bomber, saying he entered the mosque, shot and killed the security guard first, and then fired five to six bullets.

"After that, he quickly entered the [mosque's] main hall and blew himself up in front of the pulpit. Following this, there were bodies and injured people lying everywhere," the eyewitness told Geo News.