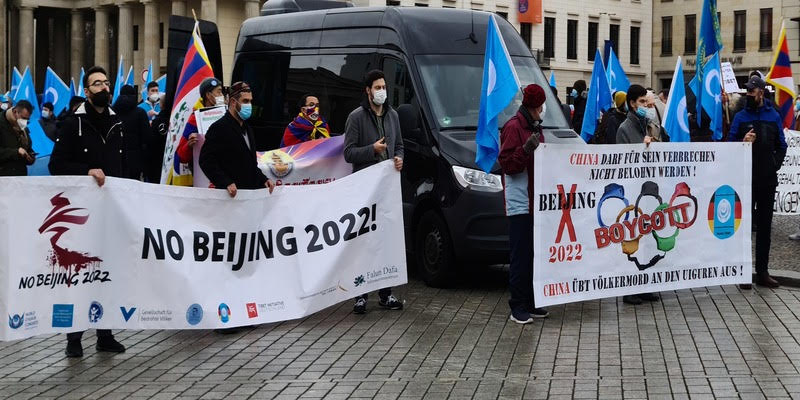 Beijing: The 2022 Beijing Winter Olympics will open amid atrocity crimes and other grave human rights violations by the Chinese government, 243 nongovernmental organizations from around the world said today.

The groups urged governments to join a diplomatic boycott of the Games, slated to begin February 4, 2022, and for athletes and sponsors not to legitimize government abuses.

“It’s not possible for the Olympic Games to be a ‘force for good,’ as the International Olympic Committee claims, while the host government is committing grave crimes in violation of international law,” said Sophie Richardson, China director at Human Rights Watch.

They have eliminated independent civil society by persecuting human rights activists, feminists, lawyers, journalists, and others.

The government has eviscerated a once-vibrant civil society in Hong Kong, expanded tech-enabled surveillance to significantly curtail the rights to expression, association, and peaceful assembly, and allowed the use of forced labor, in violation of international law.

“When the world rationalizes away such an abusive situation, it makes it harder for victims to stand up against injustice,” Renee Xia added.

Since the Chinese government was awarded the 2022 Winter Games in 2015, nongovernmental organizations and media outlets have documented numerous serious human rights violations by Chinese authorities. Those include:

Arbitrary detention, torture, and forced labor of millions of Uyghurs and other Turkic groups in Xinjiang (the Uyghur region);

Decimation of independent media, democratic institutions, and rule of law in Hong Kong;

High-tech surveillance systems enabling authorities to track and unjustly prosecute peaceful conduct, including criticism shared through apps, such as WeChat;

Prosecution of people exercising rights to free expression, peaceful assembly, and association on behalf of vulnerable populations, including the lawyers Xu Zhiyong and Ding Jiaxi, the citizen journalist Zhang Zhan, the Tibetan monk and writer Go Sherab Gyatso, and public health activists known as the Changsha Funeng group; and

“The spectacle of the Olympics cannot cover up genocide,” said Omer Kanat, executive director of the Uyghur Human Rights Project. “It’s hard to understand why anyone feels it’s even possible to celebrate international friendship and ‘Olympic values’ in Beijing this year.”

The International Olympic Committee (IOC) has said that its human rights obligations, announced in 2017, do not apply to the 2022 Winter Games. The IOC has not met its responsibilities under the United Nations Guiding Principles on Business and Human Rights by carrying out human rights due diligence despite the well-documented abuses in China, the groups said. 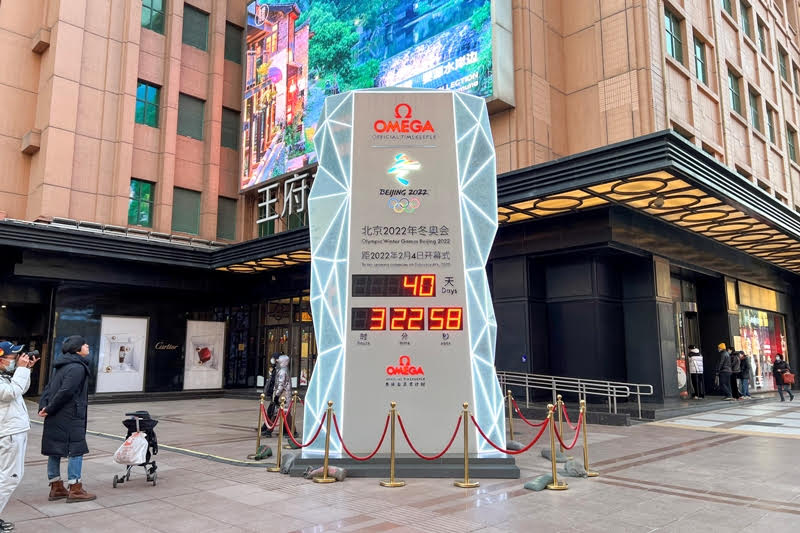 In other respects, the IOC has shown that its stated commitment to human rights means little.

The IOC has been unwilling to meet with the End Uyghur Forced Labor (EUFL) coalition, and has sported uniforms made by a company credibly alleged to use forced labor.

“The IOC claims that sport and politics do not mix, but the Chinese government was the one that used the 2008 Beijing Olympics to serve its political interests,” said Bhuchung K. Tsering, interim president of the International Campaign for Tibet.

“Tibetans in Tibet then took the risk to tell the world about this, but the IOC didn’t pay heed. The upcoming Beijing Olympics is a unique opportunity for the IOC and governments to empower their athletes and press Chinese authorities to abide by international norms,” Tsering added.

The companies have not provided meaningful public responses to concerns that their sponsorship creates or contributes to human rights violations, or whether they have acted to mitigate those violations.

Sponsors should immediately disclose their human rights due diligence strategies, or explain their failure to carry out such assessments, the groups said.

Several governments, including Australia, Canada, Japan, Lithuania, the United Kingdom, and the United States, have announced a diplomatic boycott of the Games in response to the Chinese government’s human rights abuses.

They will send no senior officials – a longstanding Olympic tradition – to the opening or closing ceremonies. All governments, whether joining the diplomatic boycott or not, should use the opportunity to not only support the athletes participating in the Games, but also demonstrate concrete support for human rights defenders across China.

“We urge governments to send messages of support to human rights defenders in prison or detention who are paying a great price for advocating reform, defending the rights of others, or simply discussing ways to strengthen civil society in China,” said Sharon Hom, executive director of Human Rights in China.

Those participating in the Beijing Olympics face a host of human rights risks, the groups said.

IOC rules prohibit athletes from publicly expressing their views on human rights in China on the Olympic podium, and Chinese authorities’ retaliation against critics creates a chill for athletes worldwide.

Olympic athletes, coaches, and other support staff are also likely to be subjected to pervasive state surveillance, particularly through monitoring of digital communications.

“Athletes upholding Olympic ideals should not have to face omnipresent surveillance, repression of free speech or belief, and an insecure human rights environment to participate in the Games,” said Bob Fu, president of ChinaAid.

Spectators around the world watching the Winter Games can play a positive role by educating themselves about the human rights environment inside China, and can take actions ranging from purchasing products not made with forced labor to encouraging their own governments to pursue accountability for Chinese government officials responsible for the worst international crimes.

People can urge companies to sign the EUFL coalition’s Call to Action.

“The stark reality of the Chinese government’s atrocity crimes and ongoing impunity should compel the IOC, sponsors, and others associated with the Olympics to question whether these Games are legitimizing and prolonging grave abuses,” said Dolkun Isa, president of the World Uyghur Congress.

“No one should want another Olympics like this,” added Isa.