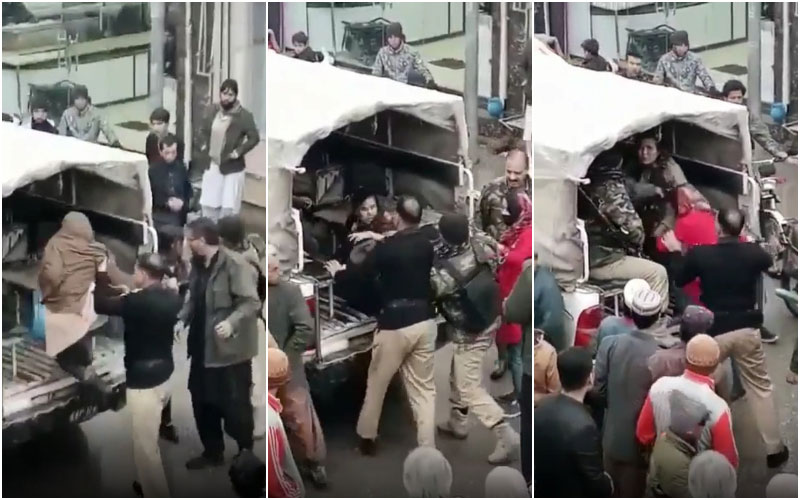 #Quetta #police dragging a woman on road without any female personnel. Girl named zainab's parents had lodged #Fir of her kidnapping while she stayed with her frnds , addl.sho quaidabad p.s suspended over the issue #Balochistan #BreakingNews pic.twitter.com/SMa9C5AFz4

When approached by Geo News, the police stated that one of the girls in the video had allegedly escaped from her house and was living with two of her friends.

The father of the girl had filed a complaint.

Her relatives spotted her and informed the police about her presence.

The police told Geo News that the girl was resisting and hitting them when they were trying to get hold of her.

The video had gone viral on social media and earned heavy criticism from netizens.