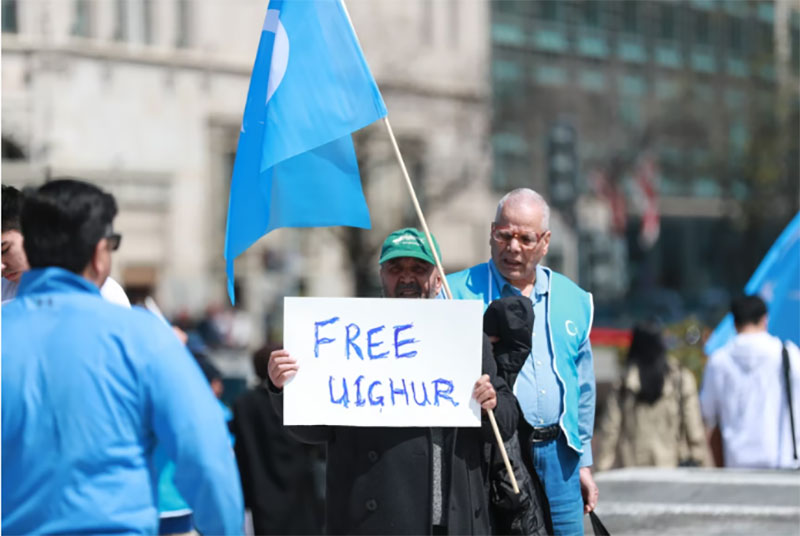 Beirut, Lebanon: Saudi authorities are apparently preparing to deport two Muslim Uyghurs back to China, where they are at serious risk of arbitrary detention and torture, Human Rights Watch (HRW) said recently.

Saudi authorities have held the men arbitrarily since November 2020 without charge or trial.

An informed source told Human Rights Watch that on January 3, 2022, a Saudi official told one of the detainees, Nurmemet Rozi (Nuermaimaiti on his Chinese passport), 46, that he “should be mentally prepared to be deported to China in a few days.”

The Turkey-based daughter of the other man, Hemdullah Abduweli (Aimidoula Waili on his Chinese passport), 54, a religious scholar, posted a video on social media in Arabic stating that her father and Rozi are at imminent risk of deportation, appealing for Saudi Arabia to allow them to return to Turkey where they were residents.

“If Saudi Arabia deports these two Uyghur men, it will be sending a clear message that it stands arm-in-arm with the Chinese government and its crimes against humanity targeting Turkic Muslims,” said Michael Page, deputy Middle East director at Human Rights Watch.

In late 2020, HRW said that the Saudi authorities should immediately clarify the status of Abduweli and Rozi and disclose the basis of their detentions. Abduweli arrived in Saudi Arabia in February 2020 to perform a religious pilgrimage, a Uyghur activist told Human Rights Watch.

He had been in hiding since he gave a speech to the Uyghur community there in which he encouraged Uyghurs and Muslims to pray about conditions in China’s Xinjiang region and to “fight back the Chinese invaders…using weapons,” said another source who spoke to Abduweli.

In early November 2020, Abduweli spoke to Middle East Eye, a London-based online news outlet, saying he feared that Chinese authorities had sent a request to Saudi Arabia to detain and deport him.

Abduweli Ayup, a Uyghur activist in contact with Saudi Arabia’s Uyghur community, said that he had previously documented five cases in which Saudi Arabia forcibly deported Uyghurs back to China in 2017 and 2018.

Uyghurs are Turkic-speakers, most of whom are Muslims, who live in the Xinjiang Uyghur Autonomous Region in China’s northwest. The Chinese government has long been hostile to many expressions of Uyghur identity and imposed wide-ranging controls – including religious restrictions – over daily life in Xinjiang.

An estimated one million of them have been held in “political education” camps.

These abuses, committed in a widespread and systematic manner, amount to the crimes against humanity of unlawful imprisonment; persecution; enforced disappearance; torture; murder; and inhumane acts such as forced labor and sexual violence, Human Rights Watch said.

Much of this repression targets Uyghurs’ religious practices. Uyghurs are detained and prosecuted for studying the Quran, going on pilgrimages without state approval, wearing religious clothing, and what the authorities have called “abnormal” thoughts or behavior that express “excessive religious fervor.”

An estimated 16,000 mosques in Xinjiang, or 65 percent of the total, have been destroyed or damaged as a result of government policies since 2017.

Saudi Arabia endorsed joint letters in support of China’s policies in Xinjiang at the United Nations in 2019 and again in 2020.

The Chinese government’s record of arbitrary detention, torture, and enforced disappearance of Uyghurs, as well as the absence of judicial independence and due process, raises serious concerns that if deported to China, Abduweli and Rozi will be at grave risk of torture and other ill-treatment.

Under the customary international law principle of nonrefoulement and as a party to the UN Convention against Torture, Saudi Arabia is obligated to ensure that no one in its custody is forcibly sent to a place where they would risk being subjected to persecution, torture, or other serious human rights violations.

In recent years, there have been several incidents of Uyghurs being forcibly returned to China in violation of international law.

In December 2012, Malaysia deported six Uyghurs to China. In all cases, those returned appear to have been forcibly disappeared.

Human Rights Watch has been unable to obtain any further information from Thai, Malaysian, or Chinese governments as to the deportees’ whereabouts or well-being.

“The Saudi leader Mohammed bin Salman’s apparent endorsement of China’s persecution of Uyghurs is bad enough, but his government should not play a direct role in it by deporting back Uyghur men to possible arbitrary detention and torture,” Page said.