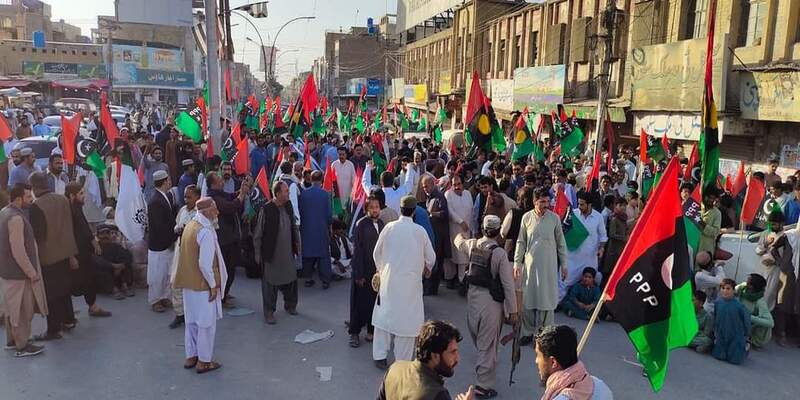 Islamabad: The Pakistan Peoples Party (PPP) has said it expects to see thousands of activists from Karachi city to be participating in the Karachi-to-Islamabad long march scheduled to kick off on Feb 27 against the federal government of the Pakistan Tehreek-e-Insaf.

A decision to this effect was made at a meeting of the PPP Karachi Division on Tuesday with Sindh Information and Labour Minister Saeed Ghani in the chair, reports The News International.

Ghani, who is also the president of the PPP’s Karachi chapter, announced that the party would organise protest demonstrations, rallies and sit-ins at the district-level in the city over the issues of hikes in the prices of essential commodities, unemployment and a shortage of natural gas in the country due to “incompetence on the part of the federal government”, the newspaper reported.

He said the preparations had begun for the commencement of the long march from Karachi next month.