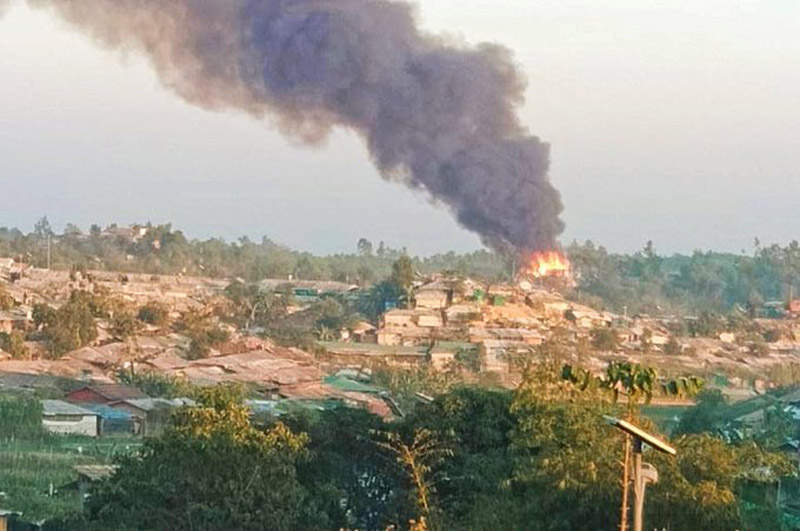 Fire breaks out at Rohingya camp in Bangladesh, over 1000 shanties gutted

Dhaka: More than 1,000 shanties were gutted as a fire broke out  at a Rohingya camp in Cox’s Bazar’s Ukhiya on Sunday, media reports said.

However, no casualties were reported so far.

It is suspected that the blaze first originated in the camp’s B-block.

The extent of the damage caused by the fire is still not known.