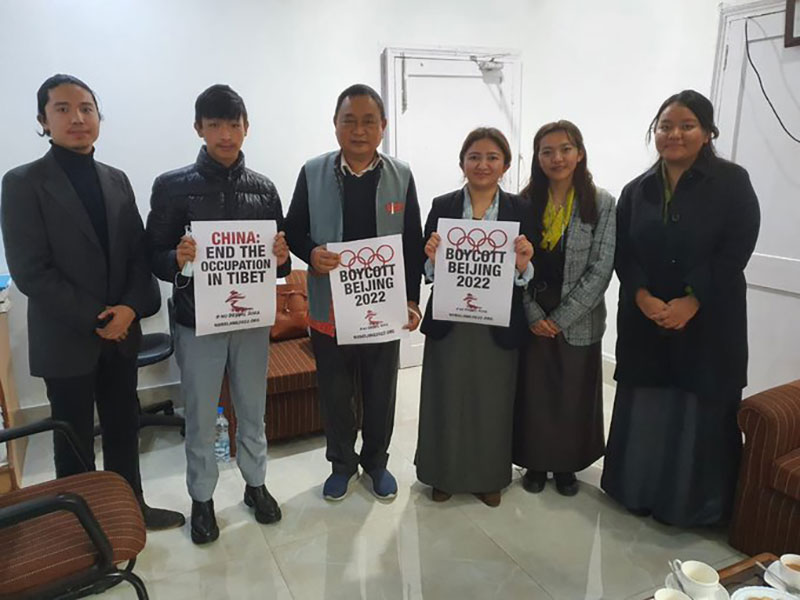 Dharamshala/IBNS: Several long-distance rallies were held in different parts of India in recent times to campaign and call for the boycott of the 2022 Winter Olympics in Beijing to protest against human rights abuse in China.

From touring the Himalayan border states along the Indo-Tibetan borders to cross country biking from Bangalore to Delhi, rallies have been prevalent lately, reports Phayul.com.

In a press statement, the campaign lists its core aim as to “call upon and appeal to the basic human conscience of all the people and boycott Beijing Olympic 2022 as an expression of solidarity with people in Tibet, Xinjiang, South Mongolia and Hong Kong who are suffering under Chinese repression and oppression", read the news report further.

Along the Indo-Tibetan border on the world’s highest motorable road, Sonamling Tibetan Settlement Freedom Support Group participated in a bike rally from Leh to Khardung La Pass thanking Enes Kanter Freedom for his support and calling for the boycott of the Beijing 2022 Olympics.