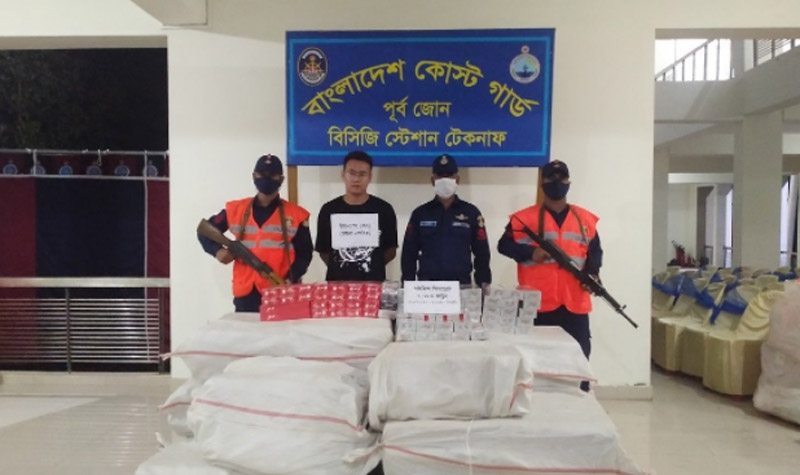 Teknaf: A Chinese smuggler has been arrested, along with 10,840 packets of Chinese cigarettes, during a Coast Guard operation at Teknaf region in Cox's Bazar area of Bangladesh.

According to the Coast Guard, a special operation was carried out at BCG station in the sea area under Shahapari Island in Teknaf upazila on Dec 4 at 2.30 pm under the leadership of Teknaf Station Commander Lt. Com. M Naeem ul Haq.

Coast Guard members signaled the boat to stop if the movement of a boat became suspicious during the operation.

At that moment, the boat, sensing the presence of the Coast Guard, quickly changed direction and began to flee.

In the mountains, Coast Guard members searched the boat and arrested a Chinese man named Yanpeng (30) with 10,840 packets of Chinese cigarettes.

The seized cigarettes and the detainee have been handed over to Teknaf Model Police Station for further legal action.A case is being prepared in this regard.