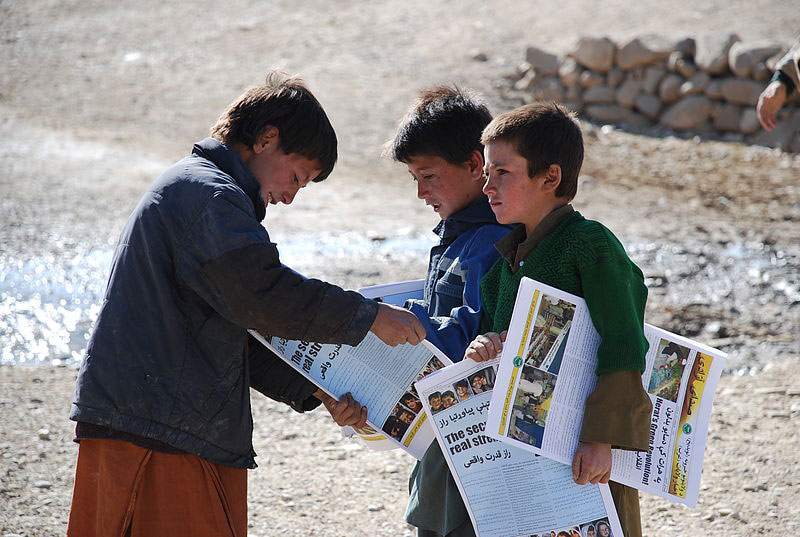 Kabul/IBNS: Afghan media industry has been struggling to survive since the Taliban effectively sealed their control of Afghanistan in mid-August as the Islamist group has banned multiple television stations to stop showing soap operas featuring women and forced female journalists-anchors to follow a dress code, according to media reports.

According to The Guardian, more than 250 newspapers, radio and TV stations in Afghanistan have closed in the first 100 days of the Taliban regime.

Afghanistan's thriving media sector was seen as one of the few success stories of the past two decades, a standout in a country where censorship, arrests and even killings of journalists are more common than support for a free press, reports The Guardian.

With the return of the Taliban, the media industry is in freefall, and dozens of journalists terrified of reprisals for their reporting fled the country, others went into hiding, and many women were forced from their positions, reported The Guardian adding that "the economic collapse has pummelled smaller media outlets too."

Indian news agency Asian News International (ANI) reported quoting Nehad Rasana-e-Afghanistan (NAI), an organization supporting media in Afghanistan, that over 70 percent of media workers have become jobless or left the country or switched to other professions.

The most affected community in Afghanistan has been the ones who are actually upholding the freedom of speech and expression, ANI reported.

ANI reported quoting former Deputy Minister of Coordination, Strategy and Policy in Afghanistan's State Ministry for Peace, Abdullah Khenjani, that nearly 7,000 journalists and media personnel, including the most prominent and leading scribes, have left the country and taken asylum in some other country which resulted in an evident brain drain in the south Asian country.

Since the Taliban takeover, constructive criticism has gone from the traditional media in Afghanistan, and no media could report on corruption, mismanagement, lack of capacity of government or Taliban's behaviour and actions towards general people as the Islamist group demands oversight before anything is broadcast, according to a report by ANI.