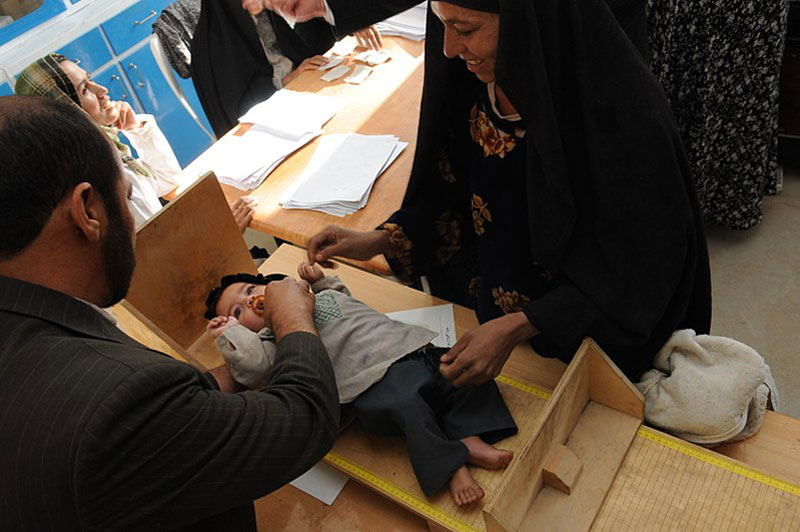 Kabul/IBNS: The death rate of children affected with malnutrition and the number of kids being brought to Afghanistan hospitals have surged as the health sector in the war-torn country has been facing severe shortages of medical supplies, TOLOnews reported quoting officials.

TOLOnews reported citing medical officers at the Indira Gandhi Children's Hospital that the number of malnourished children has recently jumped by 50 percent.

"If no solution is found for the problem, we will face a complete shortage of equipment,” the doctor added.

The head of Indira Gandhi Children Hospital, Mohammad Latif Bahir, expressed concern over the suspension of aid to the health sector, according to TOLOnews.

“The number of our patients has increased compared to previous weeks. We are facing an overwhelming number of patients and we can only check on emergency patients and deny other patients,” Bahir was quoted as saying by TOLOnews.

Zubaida, the mother of a malnourished child whose husband lost his job after the Taliban takeover, told TOLOnews: "My child has been hospitalized for nine days. We are not in a good economic condition to feed our children well."

"I am worried about the rest of my children that they may also be affected by this disease,” she added.