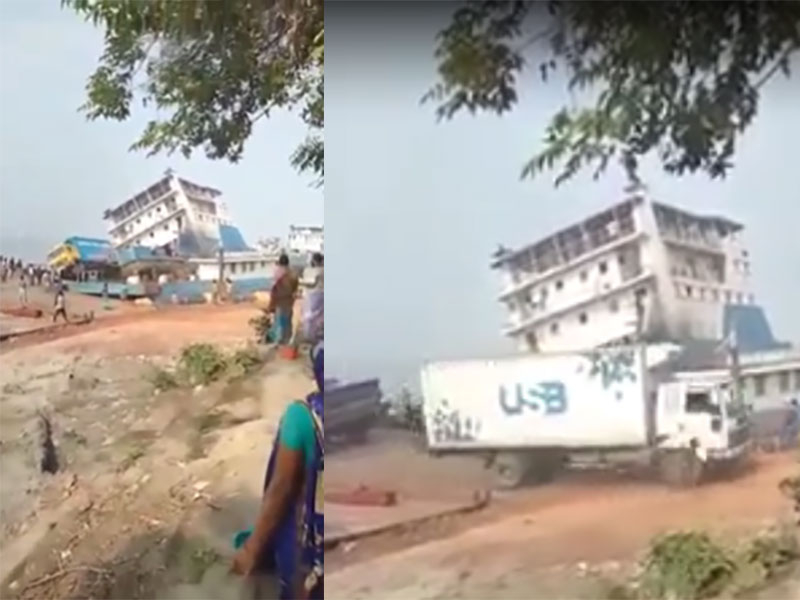 The mishap took place at around 9:45am.

The incident occured after the vessel docked at terminal No 5, officials told Dhaka Tribune.