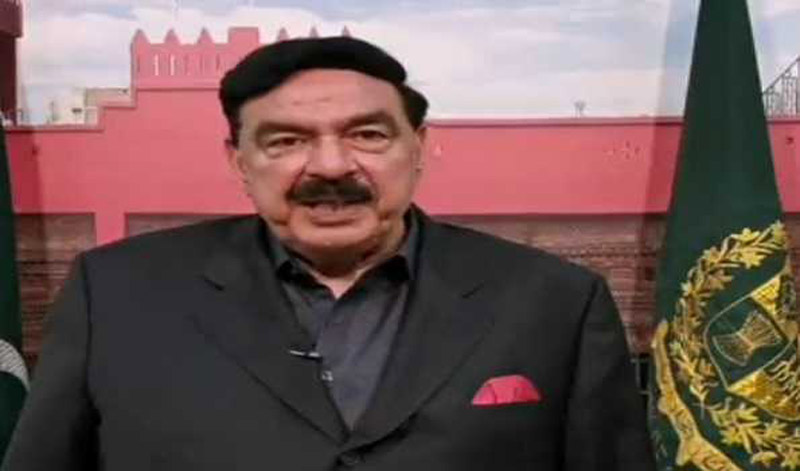 Islamabad/UNI: With no decision forthcoming on the appointment of next Inter-Services Intelligence (ISI) agency’s chief, Interior Minister Sheikh Rashid Ahmed has asserted that Lt-General Faiz Hameed is DG ISI at present.

According to a report by The News International, while replying to a question at a press conference on Sunday, the minister said the ISPR or the Ministry of Information will better explain regarding the notification of the appointment i.e. when the notification would be issued.

This comes as Imran Khan is on a three-day visit to Saudi Arabia to attend the launching ceremony of the 'Middle East Green Initiative (MGI) Summit' being held in Riyadh.

According to reports, Imran Khan had on Wednesday met Lt General Nadeem Ahmed Anjum, who was on October 6 named as the new Director General of ISI.

After the meeting, Imran Khan was expected to formally approve the appointment of Lt Gen Anjum as the new DG ISI within a few days, but nothing has been forthcoming.

Imran Khan is keen that the incumbent spymaster Lt General Faiz Hameed continue in the post, citing the situation in Afghanistan.

Imran Khan and the chief of the Army Staff General Qamar Javed Bajwa held a detailed meeting on the issue around 10 days ago.

Despite several days having elapsed after the military’s media affairs wing, Inter-Services Public Relations (ISPR), announced that Lt Gen Anjum had been appointed the new ISI chief, the government has failed to issue a formal notification confirming the appointment.