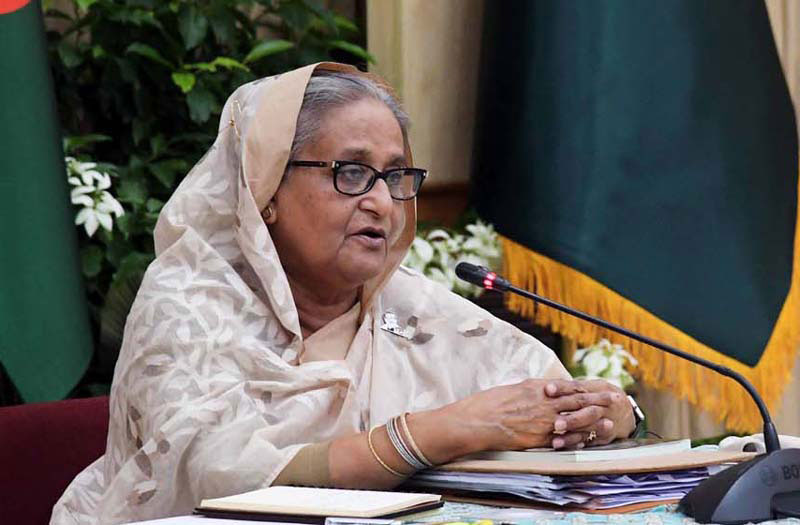 Dhaka: Bangladesh PM Sheikh Hasina on Tuesday directed the country's home minister to initiate immediate actions against those who incited violence using religion across the nation during Durga Puja celebrations.

The prime minister  urged the people of the country not to trust anything on social media without fact-checking, said the cabinet secretary.

“The Comilla incident is being investigated. What really happened can be known soon,” Islam was quoted as saying by Dhaka Tribune before adding the home ministry is working to bring the perpetrators to justice.

At least 71 cases have been filed and over 450 people arrested in connection with the attacks at Durga Puja venues, temples, Hindu homes and businesses and for spreading rumours on social media last week, said Bangladesh Police.

On Monday, 71 cases were filed in different parts of the country but the number of arrests and cases could rise further, Dhaka Tribune quoted Assistant Inspector General (AIG) Md Kamruzzaman as saying.

The action comes after multiple temples, homes, shops and individuals of the Hindu community were attacked across several districts of Bangladesh between Oct 13 and 15.

Communal tensions gripped Bangladesh following allegations of the Quran being dishonoured at a puja pavilion in Cumilla on October 13, triggering violence in several districts across the country.

Several members of the Hindu minority were killed. Temples and private properties were burned, vandalized, and destroyed.

While four people were killed in police shootings during an attack in Chandapur’s Hajiganj on October 13, two died during attacks on Hindu temples in Noakhali’s Choumuhani on Bijoya Dashami.

On Sunday night, at least 20 homes were torched when Hindu villages in Rangpur’s Pirganj upazila came under attack over an alleged Facebook post hurting Muslim sentiments, the Bangladesh daily reported.

The culprits behind the attack have been identified and 45 people have been arrested.