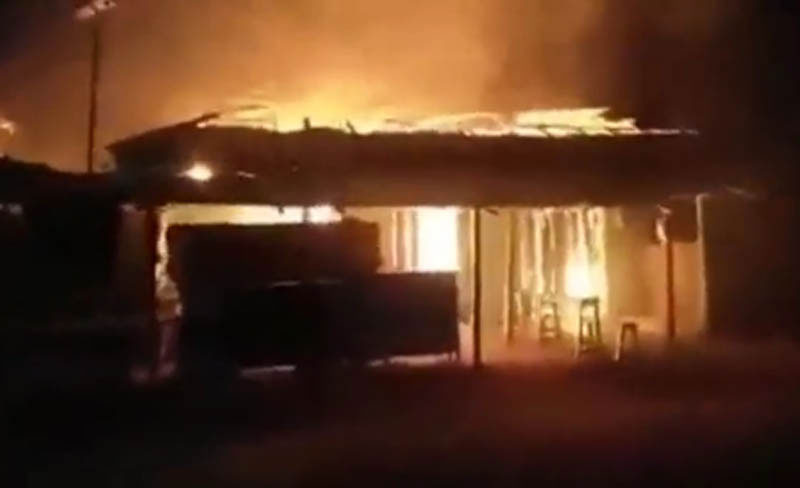 As many as 20 Hindu homes were set on fire by a mob in Bangladesh's Rangpur area on Sunday over a post on the social media that allegedly dishonoured religion, media reports said.

Police said tensions erupted after some people alleged that a Hindu man posted a religiously abusive content on Facebook.

“Police reached the spot soon after tensions mounted and stood guard around the home of the young man. We could save that house but attackers torched some 15 to 20 nearby houses,” Assistant Superintendent of Police Md Kamruzzaman told Dhaka Tribune.

Firefighting units from Pirganj, Mithapukur and Rangpur city reached the spot to bring the flames under control.

Bangladesh has remained tense in recent times when several Hindu temples and Durga Puja pandals were attacked by miscreants during the 10-day-long festival.