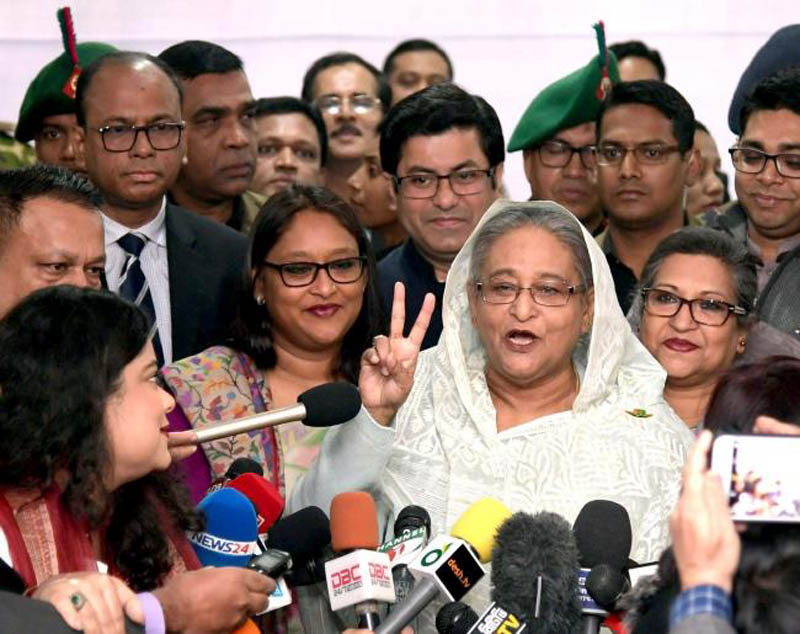 'Mother of Humanity' and a Braveheart: Sheikh Hasina turns 75

Sheikh Hasina, the longest serving Prime Minister of Bangladesh, recently earned appreciation of UN Secretary General Antonio Guterres for her relentless works in developing the fortunes of the south Asian nation that gained its freedom from Pakistan in 1971. 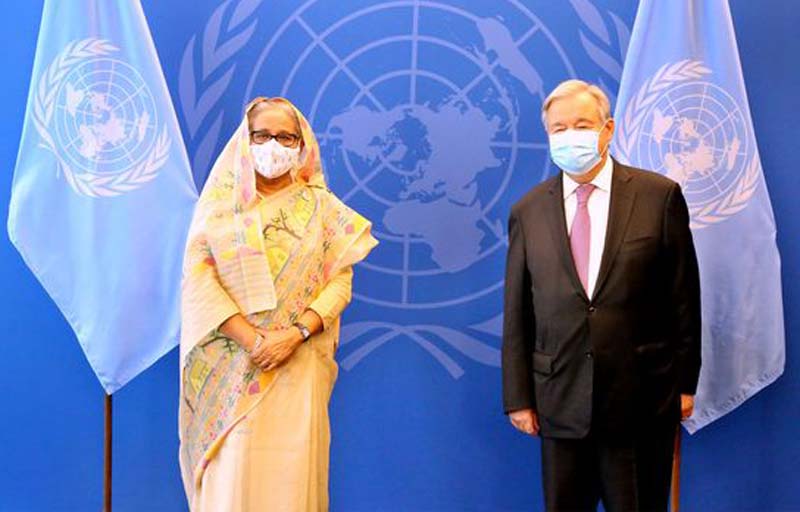 A symbol of women empowerment in the highest level of governance in South Asia, Hasina survived the loss of her family, including her father Sheikh Mujibur Rahman, to assassins, lived in exile, evaded assassination attempts on her and faced the fundamentalists to finally lead Bangladesh to glory.

António Guterres has highly appreciated the development miracle of Bangladesh under the dynamic and visionary leadership of prime minister Sheikh Hasina, who turned 75 on Tuesday.

He lauded the Bangladesh premier and her apt leadership to advance the country with overall development as he had bilateral talks with Sheikh Hasina, who is the daughter of Founding Father of Bangladesh Sheikh Mujibur Rahman,  last week.

“The priorities of Bangladesh are the priorities of the United Nations whether it is climate change or sustainable development goals,” Guterres was quoted as saying by Prothom Alo.

Hasina returned to power for yet another term in 2018 and perhaps she faced yet another grave challenge this time as the world, including her Bangladesh, was hit by COVID-19.

However, showing her skilled leadership abilities, Hasina once again handled the crisis with perfection and even it was reflected by her government's action to mark her birthday when a nationwide COVID vaccination campaign was launched. 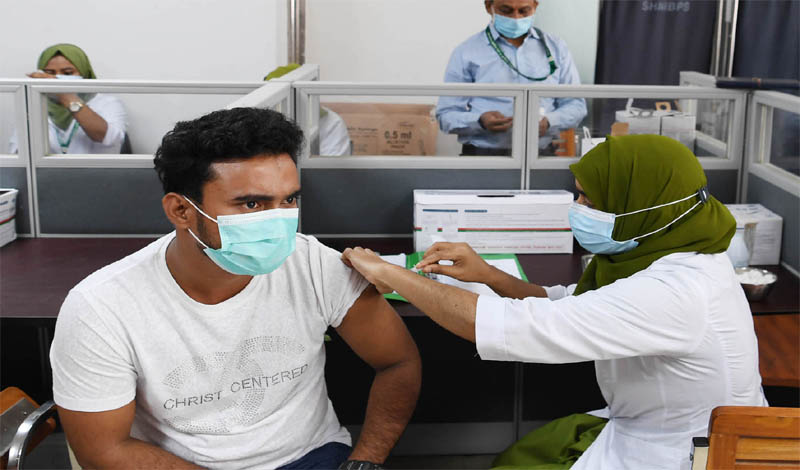 Early life and tragedy of losing her father:

Born on September 28, 1947 at Tungipara in Gopalganj, Hasina's early days were full of struggle as Bangabandhu Sheikh Mujibur Rahman and most of his family members were brutally killed by assassins on Aug 15, 1975. 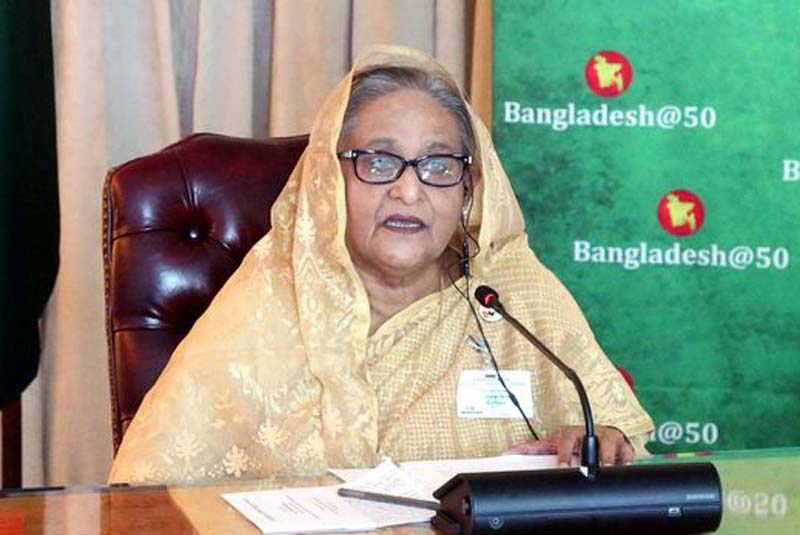 Only Hasina and her sister Sheikh Rehana survived the conspiracy as they were in West Germany during that time.

Hasina was forced to live in exile for several years as restrictions were put on her return home by the then government.

Hasina's first bold step towards joining active politics occured in 1981 when she was elected president of Awami League.

Her supporters gave a rousing welcome when Hasina made an emotional return to Bangladesh after a span of six years.

On February 15, as she protested the brutality during a peaceful rally at the Shaheed Minar, Sheikh Hasina was arrested and taken blindfolded to Dhaka cantonment along with her associates. She was kept incommunicado for 15 days.

She was even put under house arrest in 1984 and 1985, as opponents tried to dominate her and prevent her rise as a political leader.

Winning 104 seats, Hasina became the opposition leader of the parliament during the regime of Ershad.

She forced the Treasury Bench to withdraw a number of bills which went against the fundamental rights of the people, Dhaka Tribune.

On June 23, 1996, Sheikh Hasina created history as she became the Prime Minister of the country for the first time in her political career. 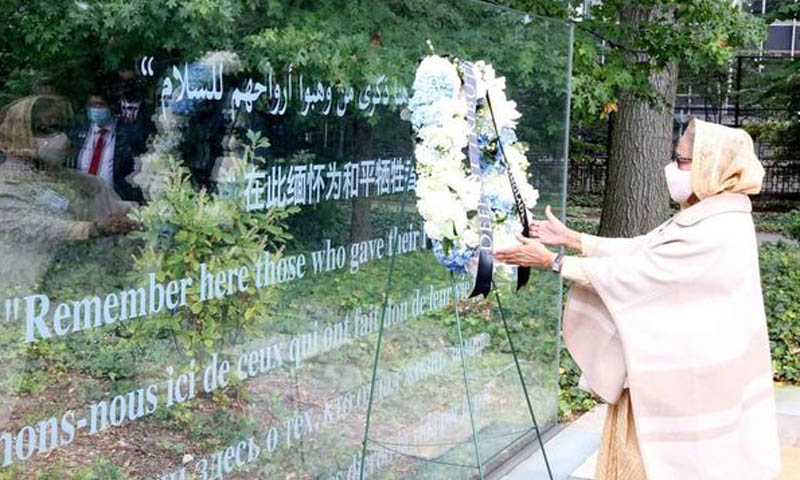 Later when the BNP-Jamaat government was formed, it launched a series of violent campaigns against Awami League activists.

Several Awami League activists were killed in the incident.

Winning a landslide victory, Hasina returned to power in the country in 2008 as democracy was once again established in Bangladesh following the rule of BNP-Jamaat.

The legacy then continued and Hasina yet again won the polls in 2014 and 2018 to return to power for consecutive terms to make her the longest serving PM of the nation.

During this period, she has successfully handled major crises which included the Rohingya influx from Myanmar and the Dhaka terror attack in 2016. 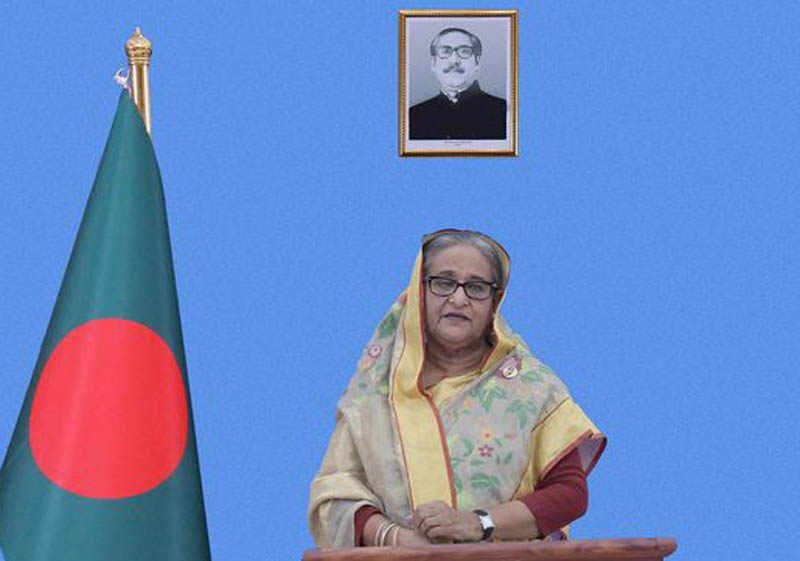 For her remarkable compassion in handling the Rohingya crisis, people started to call her the “Mother of Humanity”.

The Netherlands-based Diplomat Magazine unveils its cover story edition on Prime Minister Sheikh Hasina as the Mother of Humanity, as per the Ministry of Foreign Affairs of the country.

Hasina justified the name when she was quoted as saying on the Rohingya issue by Dhaka Tribune: “If we can feed 160m, we can also feed 700,000 Rohingya refugees.”

Her stance on facing the Rohingya challenge had earned appreciation globally.

Sheikh Hasina wins hearts: Appreciations from across the world

Following in the footsteps of her father Bangabandhu Sheikh Mujibur Rahman, the Prime Minister addressed the UN General Assembly in Bengali on September 24 with the participation of other world leaders.

Earlier, she was awarded the UN SDG Progress Award. In response to the United Nations Sustainable Development Solutions Network (SDSN)'s universal call for action to eradicate poverty, protect the world and ensure peace and prosperity for all, Prime Minister Sheikh Hasina was awarded the 'SDG Progress Award' for moving Bangladesh on the right path.

The award is an important international recognition of Bangladesh's success in advancing the Sustainable Development Goals (SDGs) after achieving it in various fields.

Prime Minister Hasina has been praised by world leaders for suppressing terrorism and militancy and providing shelter to Rohingya Muslims fleeing ethnic violence in Myanmar. 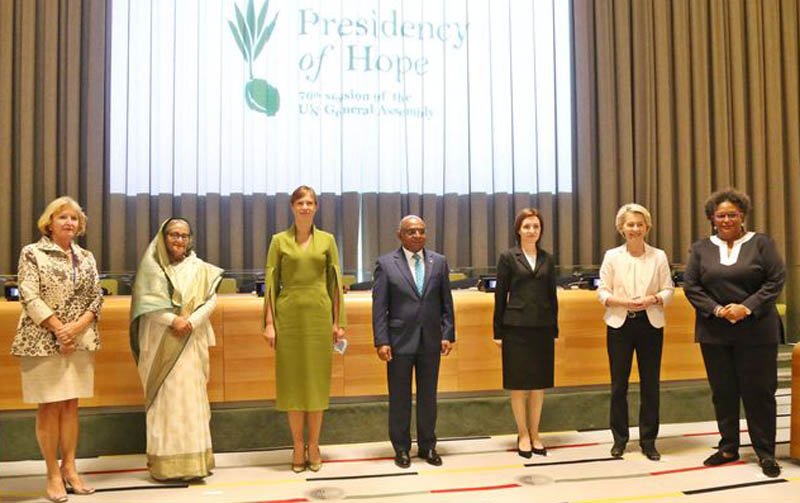 She has taken Bangladesh to a unique height.

Despite the coronavirus pandemic, the dynamic leadership of the Prime Minister has enabled the country to grow above all other countries in Asia.