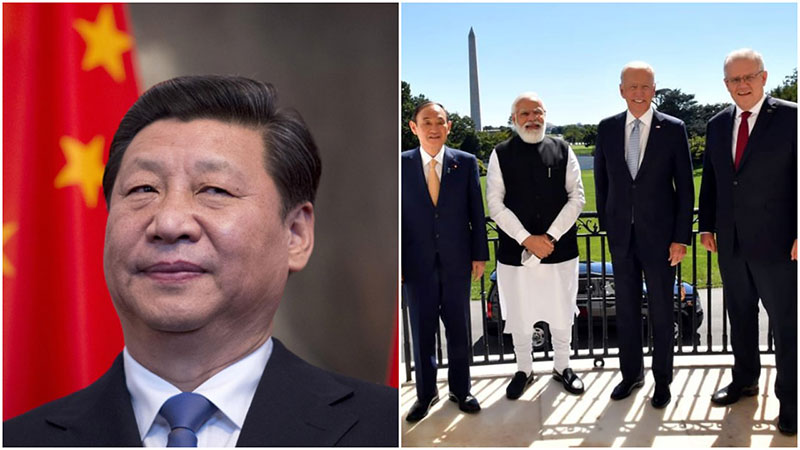 Beijing: A senior Chinese diplomat has said Beijing must be ready to use nuclear weapons and should abandon its 'no-first-use' policy to push back against new alliances forming in the Pacific.

Sha Zukang, the country's former ambassador to the UN, told a summit of Chinese nuclear policy experts as quoted by Daily Mail that it is time to 're- examine and fine-tune' a long-standing commitment to only use nukes in retaliation as the US 'builds new military alliances and as it increases its military presence in our neighbourhood.'

Beijing's current policy - which has been in place since the 1960s - has given China the 'moral high ground' but 'is not suitable . . . unless China-US negotiations agree that neither side would use [nuclear weapons] first,' he said at a meeting in Beijing last week.

He spoke in the same week the US announced a major new alliance with the UK and Australia - dubbed AUKUS - to provide the latter with its first nuclear-powered submarines, a major technological advancement that is clearly designed to counter-balance Chinese power in the Pacific, the newspaper reported.

He warned at a time when the US, India, Japan and Australia formed an alliance named QUAD.

Meanwhile, Indian Prime Minister Narendra Modi Friday said the QUAD will work as a force for global good, and that he has faith the QUAD countries will help ensure peace and prosperity in the Indo-Pacific region and the world.

In his opening remarks at the first in-person Leaders’ Summit of the Quadrilateral Dialogue between the US, India, Japan and Australia, Modi thanked US President Joe Biden for arranging the leaders' summit.

He said that after the 2004 Tsunami, the four countries have for the first time come together for the assistance of the Indo-Pacific region.

“As part of the Quad platform we are today helping the world that is grappling with the COVID-19 pandemic.

“Our Quad vaccine initiative will be a big help to the Indo-Pacific nations,” he said.