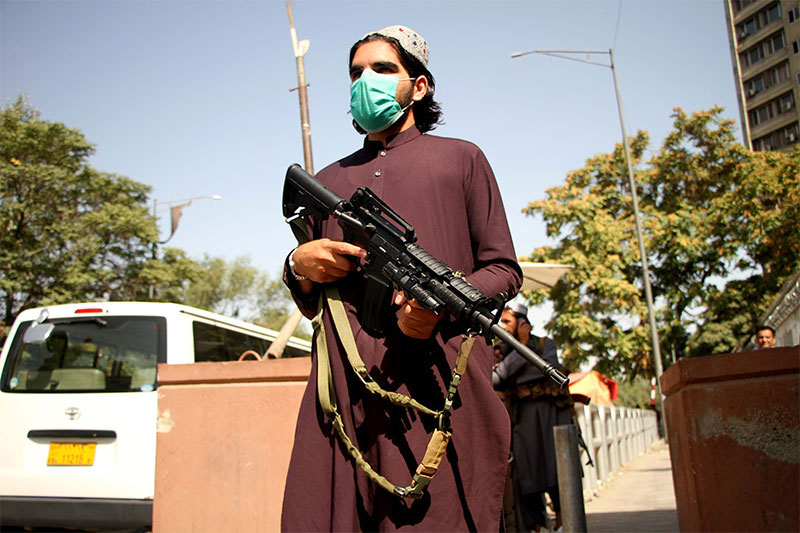 Kabul/UNI/Sputnik: The Taliban announced on Tuesday that acting Afghan Foreign Minister Amir Khan Muttaqi, who is under the UN sanctions, met with UN High Commissioner for Refugees Filippo Grandi.

A week ago, the Taliban announced that Panjshir, the last resisting Afghan province, had come under their control.

The following day, the Taliban announced the composition of the new interim government of Afghanistan led by Mohammad Hasan Akhund, who has been on the UN sanctions list since 2001.

On Monday, Grandi said he had arrived in Kabul to assess the humanitarian needs and general situation in Afghanistan.

"Appointed Foreign Minister Amir Khan Muttaqi met with UN High Commissioner for Refugees Filippo Grandi. During the meeting, Muttaqi stressed the need to support the government, and not encourage Afghans to seek refuge and immigrate," a Taliban spokesman said on Twitter.

On Jan 25, 2001, Muttaqi was included in the UN Security Council sanctions list.

In early August, the Taliban stepped up their offensive against the Afghan government forces and entered the capital, Kabul, on Aug 15, completing a takeover of the country.

The events prompted a mass evacuation of Western citizens and Afghans who had collaborated with or worked for foreign troops and organizations.