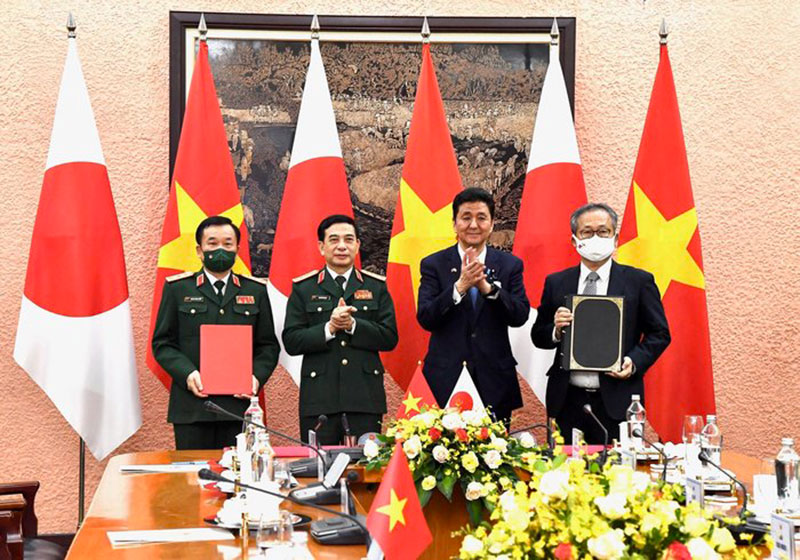 Tokyo: Japan and Vietnam have signed a defence transfer deal amid worries about China's growing military influence in the region.

Under this “New Level” cooperative relationship, they decided that Japan and Vietnam will collaborate at various levels, the Japan Defence Ministry said in a statement.

The Ministers exchanged views on the current regional security situation, including about the East China Sea and the South China Sea. They confirmed the importance of Japan and Vietnam working together to uphold the existing international order based on the rule of law.

They reconfirmed the importance of freedom of navigation and overflight.

They also shared the view that it is important to comply with international law, in particular the United Nations Convention on the Law of the Sea (UNCLOS).

Minister Kishi stated that it is important to uphold and reinforce a “Free and Open Indo-Pacific” (FOIP), and stated his intent to reinforce within the international community, a strong opposition to – where inconsistent with the existing international order – any unilateral attempts to change the status quo by coercion or any activities that escalate tensions.

Regarding North Korea, Minister Kishi strongly condemned the launching of ballistic missiles by North Korea in violation of UNSC resolutions, and shared the view that such actions posed a serious challenge to the international community as a whole.

Furthermore, he stated a commitment to coordinate toward the complete, verifiable, and irreversible dismantlement of all of North Korea’s weapons of mass destruction and ballistic missiles of all ranges.

Recognizing that Japan-Vietnam bilateral defense cooperation has reached a “New Level,” the Ministers discussed the ways in which it should now evolve.

Welcoming the signing of Japan-Vietnam Defense Equipment and Technology Transfer Agreement today, the Ministers decided to accelerate consultations for the transfer of specific equipment including vessels.

The Ministers agreed to more proactively contribute to peace and stability in the region by continuing to foster bilateral defense cooperation, including through high-level exchanges, promotion of further cooperative activities associated with peacekeeping operations, and port calls in Vietnam by Japan Self‑Defense Forces (JSDF) vessels and aircraft.

The Ministers also agreed to promote coordination towards signing of memorandums to facilitate cooperation between the defense authorities of Japan and Vietnam in the fields of cybersecurity and military medicine.