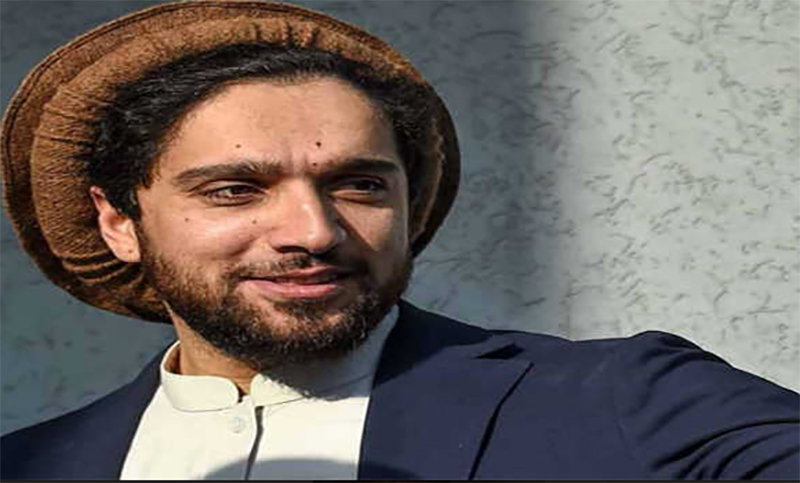 Afghanistan: Ahmad Massoud says he is alive and resistance will continue

Kabul/UNI: Ahmad Massoud, the leader of the Resistance forces in Panjshir, on Monday released an audio message saying that he is alive and in the northeastern province and called on all Afghans to begin a national uprising against the Taliban.

Hours after the Taliban claimed victory over the holdout province of Panjshir after a night of intense fighting, Massoud, who is believed to be hiding in the mountains of Panjshir, released a 19-minute audio message on his Facebook page, stating that he is very much alive and that the resistance will continue.

He also said that Pakistan Air Force jets attacked his fighters and added that the National Resistance Front destroyed some of the Pakistani jets and killed Pakistani regulars.

He confirmed bombardment by Pakistan and the Taliban in Panjshir which killed the Resistance spokesperson Fahim Dashty and many of Massoud’s family members.

He asked Afghans to protest against the Taliban and urged the international community for support. “Resistance won’t stop,” he said.

“We are in Panjshir and our Resistance will continue," he also tweeted.

A pro-Resistance social media handle said that on Sunday night following the heavy bombardment on their hideouts and depleted ammunition stock, they had to take a hard decision – whether to stay and risk the elimination of the leadership or retreat to the higher ground in the mountains.

“Last night we had to make a hard decision in the face of furious enemy attacks and depleted ammunition. Make a last stand in Bazarak and risk the total elimination of our leadership or retreat to higher ground in order to continue the resistance. We chose the latter,” the Twitter handle said.

Referring to the Taliban unfurling their flag at the governor’s house in the provincial capital Bazarak, the pro-Resistance handle said: “We don't fight for governor's compound or Panjshir. We fight for freedom and the freedom of all Afghanistan. Everyone is safe and in good spirits. We are on a terrain that we know and best suits the next chapter of our resistance. We know what we are doing! This was expected!”

On Amrullah Saleh, former vice president of Afghanistan who has joined forces with the resistance, the handle said that he is safe and not in Afghanistan.

“AmrullahSaleh is safe. Don't be disappointed! He is best suited to fight our cause from abroad. We need outside help to challenge the Taliban oppression. We will be quiet for a while in order to set up supply links. Taliban have planted the seed of hatred in the North. No way back!”

“Panjshir has not fallen. Ahmad Massoud is alive. We had to retreat to the mountains. They have taken over the bazaar, but we control the heights. We will not stop fighting until the whole north is liberated. Unfortunately the entire Reconciliation bridges have been burned.”

It also said that an air attack was launched on the Panshir Resistance leadership team.

It also said that for the first time in the fighting in Panjshir MANPADS or Man-Portable Air-Defense Systems were used, which are not used by the Taliban. “For the first time we came under fire from attack helicopters and a variety of new weapons including MANPADS. We know these are not Taliban. Who is this proxy? Show your coward face!”

Earlier, the Taliban declared victory in Panjshir and their spokesperson Zabihullah Mujahid in a press conference declared that the armed resistance had ended.