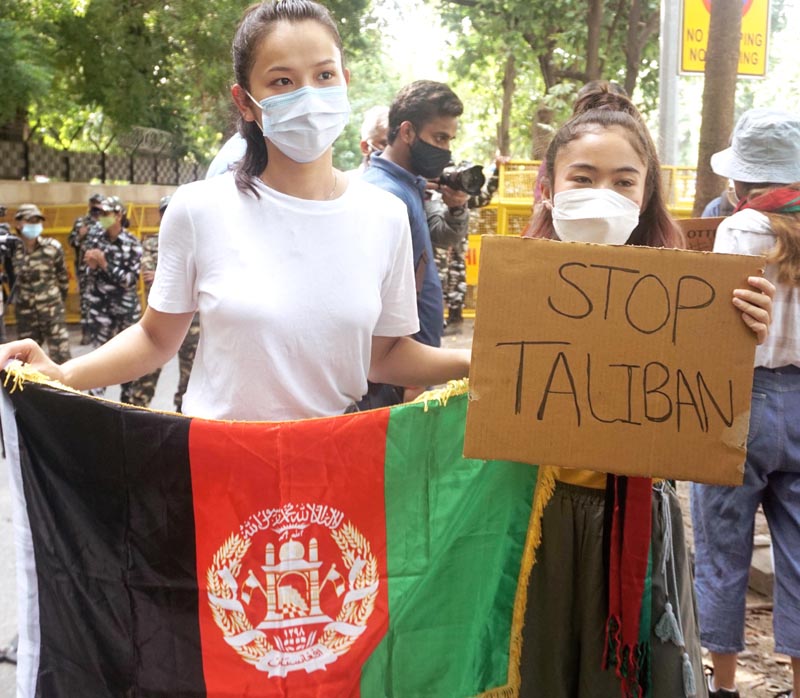 Taliban leaders will be held accountable for their actions, says G7 on Afghanistan situation

Washington: G7 leaders, who met on Tuesday, said the Taliban leaders will be held accountable for their actions on preventing terrorism, on human rights, especially of women and girls and minorities, and on pursuing an inclusive political settlement in Afghanistan.

"We will work together, and with our allies and regional countries, through the UN, G20 and more widely, to bring the international community together to address the critical questions facing Afghanistan," G7 leaders said in a statement.

Read the G7 leaders statement following their call today on the situation in Afghanistan ⤵️https://t.co/zNRqA47xW5

"As we do this, we will judge the Afghan parties by their actions, not words. In particular, we reaffirm that the Taliban will be held accountable for their actions on preventing terrorism, on human rights in particular those of women, girls and minorities and on pursuing an inclusive political settlement in Afghanistan," read the statement.

"The legitimacy of any future government depends on the approach it now takes to uphold its international obligations and commitments to ensure a stable Afghanistan," it said.

The members of the G7 are Canada, France, Germany, Italy, Japan, the United Kingdom, and the United States, with the European Union present as an observer.

The G7 was held under the Presidency of the UK, and met virtually to discuss the situation in Afghanistan. The Secretaries General of the United Nations (UN) and NATO joined the meeting.