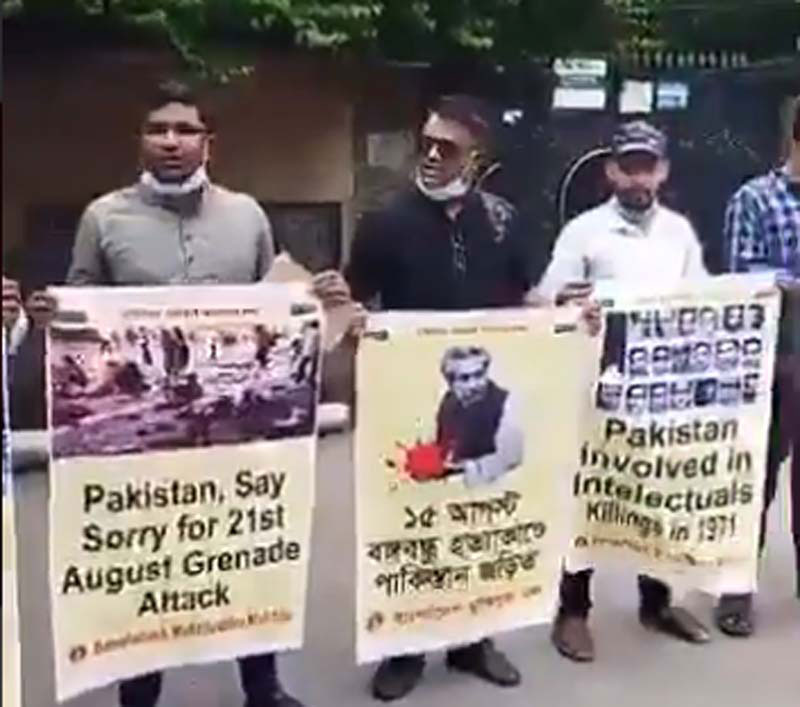 Dhaka: Members of Bangladesh Muktijoddha Manch on Saturday demonstrated outside the  Pakistan High Commission in Dhaka to mark the  grenade attack in 2004 on Prime Minister Sheikh Hasina.

The 2004 Dhaka grenade attack took place at an anti-terrorism rally organised by Awami League on Bangabandhu Avenue on 21 August 2004.

The attack left 24 dead and more than 300 injured.

Hasina was injured in the attack.