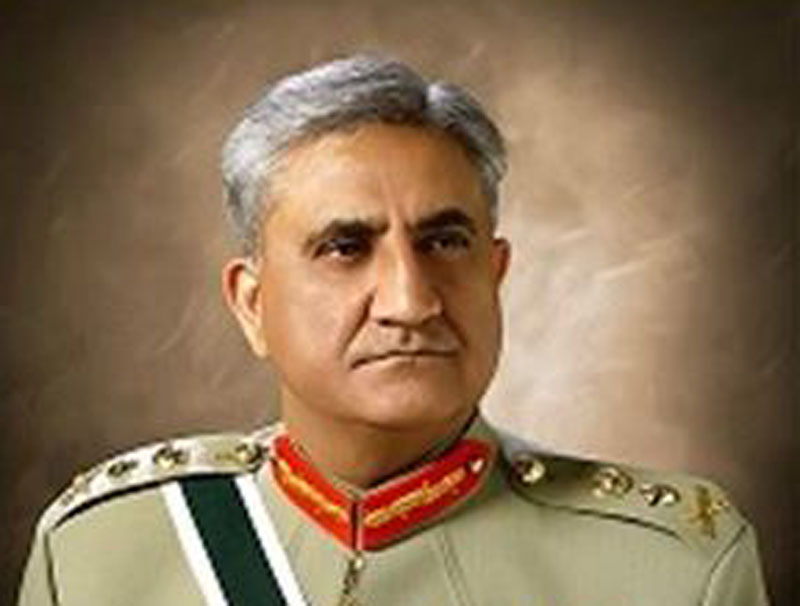 Islamabad: Talking to a 15-member Afghan media delegation in Rawalpindi on Friday, Pakistan’s Chief of the Army Staff General Qamar Javed Bajwa said that peace in Afghanistan is his country’s earnest desire and ‘spoilers’ will not be allowed to derail the process.

He also highlighted the benefits of regional connectivity for the two countries and importance of media to act as a bridge in creating an environment conducive to promoting cultural and social engagements between the two countries.

He stressed, “It is the responsibility of media and people to identify and defeat the spoilers of peace.”

Ahead of the extended Troika meeting scheduled in early August, Pakistan’s Foreign Office spokesperson Zahid Hafeez Chaudhri issued a statement and underlined the importance of attaching Pakistan to the Troika Plus for facilitating the Afghan peace process.

He stated, “Pakistan will continue to support efforts to achieve a peaceful, stable and prosperous Afghanistan.”

A London-based US diplomat, Zed Tarar, has said (30th July) that the US is not going to abandon Afghanistan.

Sergey Naryshkin, Director of Russian Foreign Intelligence Service (SVR), in an interview (30th July) with TASS said that the situation in Afghanistan continues to deteriorate, clouding the country’s future.

He stated in the interview, “On the whole, developments in Afghanistan are unfolding according to a crisis scenario. The situation is getting worse every day, the Taliban movement (outlawed in Russia) is taking control of more and more areas of the country and Afghanistan’s future appears to be quite murky…

"We do maintain contact with many intelligence agencies in the countries of the region, first and foremost, with our friends from Central Asian countries, CIS members, our Chinese colleagues, as well as with our colleagues from Pakistan, India and Iran. We not only share intelligence but also hold expert consultations on how the situation will unfold in the country.”

Russia’s Central Military District issued a statement (30th July) and stated that about 1,500 Russian and Uzbek forces are taking part in the exercises along the Uzbek border with Afghanistan. The exercise will last through 10th August.

The statement added, “The units of a peacekeeping formation and a special operations brigade of the Central Military District have completed their redeployment to the Termez training ground for joint drills with the armed forces of the Republic of Uzbekistan.”

The Czech government approved (30th July) a program of help for Afghans who worked with Czech troops during their deployment in NATO missions in Afghanistan. Defence Minister Lubomir Metnar said the help meant for Afghan interpreters and their families includes their relocation, an offer of asylum, and financial aid.