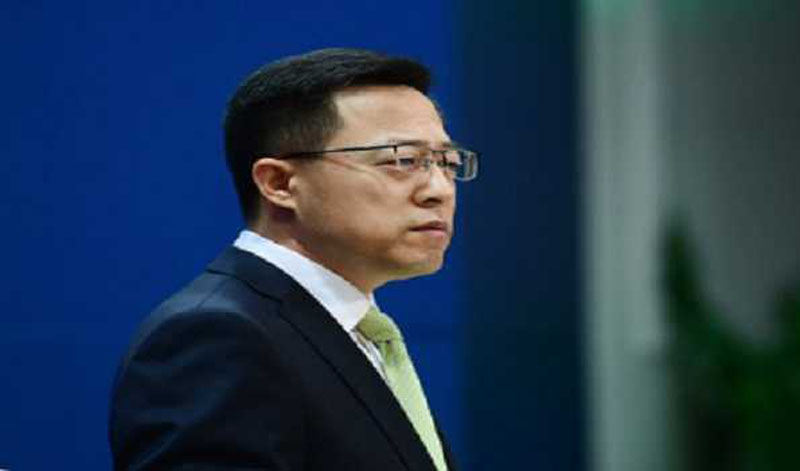 No ban on ships crewed by Indian seafarers, says Beijing

New Delhi/UNI: China has denied reports that it is not allowing commercial ships with Indian crew to berth at the country's ports since March this year.

Foreign Ministry spokesperson Zhao Lijian said that China never imposed such a ban and the reports in Indian media are "not true."

"We can confirm after verification that China has never imposed the so-called "unofficial ban" you mentioned.

Relevant reports by Indian media are not true," Zhao said on Tuesday, according to a transcript of the ministry briefing accessed here.

The All India Seafarer & General Workers’ Union in a letter to the Ministry of External Affairs and the Minister of Ports, Shipping & Waterways Sarbananda Sonowal earlier this week said that an unofficial "ban" on Indian sailors entering Chinese waters has resulted in loss of jobs. The letter claimed that "21,000 Indian sailors are facing job losses, directly or indirectly".