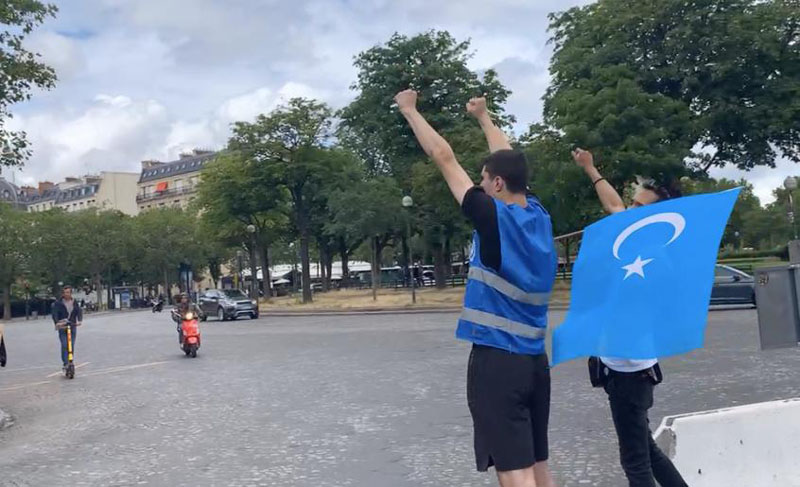 London: Marking the 12th anniversary of the anti-Uyghur Urumqi massacre of 2009, members of the Uyghurs and the Tibetan communities demonstrated outside the Chinese embassy in London recently.

On July 5, 2009, violent riots broke out in Urumqi, the capital city of Xinjiang. The Chinese government had launched a crackdown against Uyghurs protesting against the killing of two Uyghurs. Thousands of protestors were killed, disappeared, or injured, reports ANI.

According to officials, a total of 197 people died, while 1,721 suffered injuries in that riot. Uyghur-run mosques were temporarily closed.

By November 2009, over 400 individuals faced criminal charges for their actions during the riots. Nine were executed in November 2009, and by February 2010, at least 26 had received death sentences, the Indian news agency reported.

The protest in London remained peaceful.

Away from London, members of the Uyghur community held a protest march in Japan's Tokyo city on Sunday.