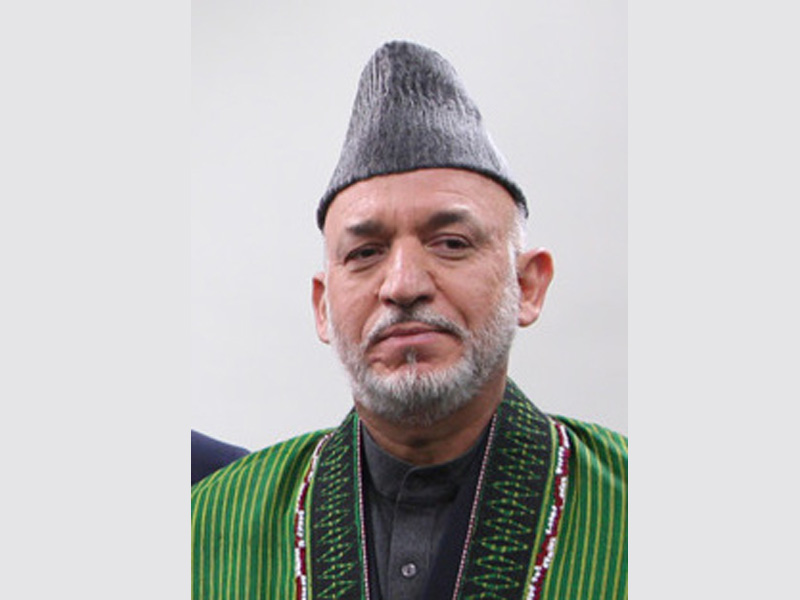 Former Afghan President Hamid Karzai has urged China to play a role in helping Afghanistan secure peace and improving its ties with Pakistan. He also said he remained hopeful of a better future for his country.

The remark came during an interview with China Global Television Network (CGTN) during the World Peace Forum, which opened in Beijing Saturday. He said that China, in particular, can play a “significant role in improving Afghanistan’s relations with Pakistan”.

“It’s committed also to peace and stability to Afghanistan and the region, China is also a great friend of Pakistan, and Pakistan is the biggest neighbor of Afghanistan as well,” Karzai was quoted as saying by Afghanistan’s Ariana News.

“Afghanistan, Pakistan, and China are neighbors. We are connected geographically,” he said, “China plays a very important role, a significant role in improving the relations between Afghanistan and Pakistan, and it makes sure that a synchronized relationship is established between the two countries.”

Significantly, the role of Bejing becomes even more important when the US and NATO troops are on their way out of Afghanistan. Pakistan, along with China, is all poised to become one of the most important regional players in deciding the fate of war-torn Afghanistan.

In his interview, Karzai further said, “So this way, I as an Afghan, feel a lot more hopeful towards a better future than I was before because we are now on our own, and it is in our interest in Afghanistan, and certainly in our neighborhood, to bring peace to Afghanistan, and if we join hands, we will certainly gain it sooner rather than later.” Meanwhile, Chinese Foreign Minister Wang Yi, speaking at the same forum, has urged Washington to act with “sincerity and work toward solutions on a variety of hot-spot issues including Afghanistan.”

In his address, he also highlighted that the increased violence amid foreign troop withdrawal has increased the need for urgent humanitarian assistance to the country. He said his country’s priority in Afghanistan is to maintain peace and stability and to prevent war and chaos in the region, reported China Daily.

This comes after the Taliban swept almost all northern areas in Afghanistan, including Takhar and Badakhshan provinces-- the provinces which had earlier held out against the Taliban in the 90s. On Sunday, the insurgent group captured additional nine districts, taking the total number of districts under their control well over 180.  Afghanistan has over 400 districts in total.

Plummeting morale of Afghan security forces has resulted in the loss of several districts without putting a significant fight.

Indicating the collapse of the Afghan government is imminent,  Sushant Sareen, a senior strategic expert, recently writes, “Afghanistan is heading for an apocalypse. The only thing countries like India can do is to get out of denial mode about the imminent collapse of the Afghan state and brace for the wave of terrorism that will sweep through the region.”