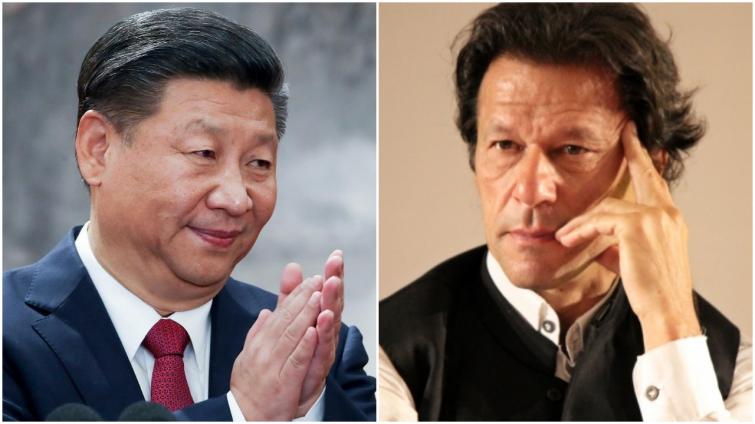 The Pak-China Relations Steering Committee has decided to expand its membership by bringing provinces in its fold and discussed its scope and rationale in advancing the China-Pakistan Economic Corridor (CPEC), Pakistani media reports said.

The Pak-China Relations Steering Committee, which met under the chairmanship of Minister for Planning and Development Asad Umar,   has  "decided to recommend Prime Minister Imran Khan to make chief secretaries of provinces, Azad Jammu & Kashmir and Gilgit-Baltistan members of the committee," Umar was quoted as saying by Express Tribune.

Last year, the Pakistan government announced plans to grant Gilgit-Baltistan - formerly known as the Northern Areas - official provincial status and representation in the Senate and National Assembly, ignoring India's protests. India has opposed CPEC projects in "Azad Kashmir" (what India calls Pakistan-occupied Kashmir) and Gilgit-Baltistan, arguing that the sovereignty of the territory remains disputed as the area is  part of original Kashmir.

The Indian Parliament unanimously adopted a resolution on February 22, 1994, emphasizing that Jammu and Kashmir was an integral part of India, and that Pakistan must vacate parts of the state under its occupation.

The Pakistan government has announced that work on the Moqpondass Special Economic Zone would begin in Gilgit-Baltistan under the CPEC. Because of its border with Xinjiang, Gilgit-Baltistan is critical for creating a land route between China’s west and CPEC projects in Pakistan including Gwadar Port.

“The purpose of the first meeting was to define and explain the role of the steering committee in the presence of Cabinet Committee on CPEC and CPEC Authority,” Umar told The Express Tribune.

The minister said the CPEC Authority would oversee CPEC, but the steering committee, being an interagency body, would sort out issues that may undermine the progress on CPEC. The Cabinet Committee on CPEC would provide policy guidelines, said Umar.

A Ministry of Foreign Affairs official said the ministry did not have objections to progressing relations with China through the steering committee.

An official statement, issued by the planning ministry, stated that in the first meeting the Pak-China Relations Steering Committee “discussed the committee’s scope and rationale”.

Prime Minister Khan had recently constituted the Pak-China Relations Steering Committee to give a further impetus to the implementation of projects and initiatives involving Pak-China collaboration, it added.

Pakistan and China had launched CPEC six years ago with an initial investment portfolio of about USD 46 billion, which was subsequently increased to USD 60 billion.

The share of projects that are in the pipeline is USD 28 billion, according to the CPEC Authority presentation to the cabinet body in January this year.

So far, 17 projects worth USD 13 billion have been completed while another 21 projects having an estimated cost of USD 12 billion are being implemented.