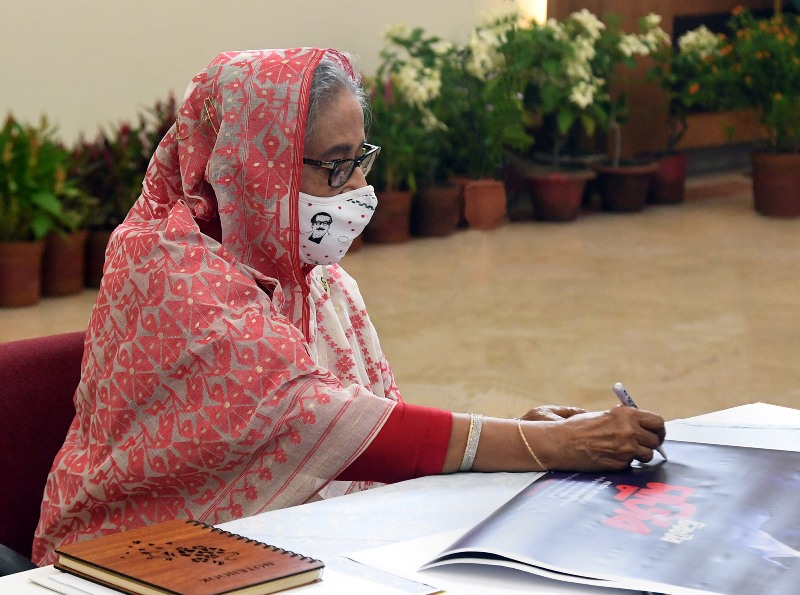 Bangladesh Prime Minister Sheikh Hasina on Wednesday renewed her call to the global community to ensure the dignified repatriation of Rohingyas as they are posing a big security threat to Bangladesh as well as the region.

"We've sheltered them on humanitarian grounds but such a huge population can't be lodged for an indefinite period… I request the world community to assist us in dignified and peaceful repatriation of the Rohingyas," she said.

The prime minister made the call in her pre-recorded speech at the three-day  IX Moscow Conference on International Security, The Daily Star reported.

She said Bangladesh has been hosting more than 1.1 million forcibly displaced Myanmar nationals - Rohingyas - for about four years. "They're posing a huge security threat to Bangladesh as well as the region," she added.

Besides, she mentioned, the concept of security now includes, in addition to military threats, the socio-economic and political needs of individuals, mass involuntary migration, environmental security and other non-traditional security threats.

She vowed to bring all citizens under the free Covid-19 vaccination program and said the government is trying to get vaccines from all available sources to make that happen.

"Our government is in touch with Russian for vaccines. I would like to mention that Bangladesh has the capacity to produce vaccines and even support the world community if we're taken on board in the production chain," Hasina added.