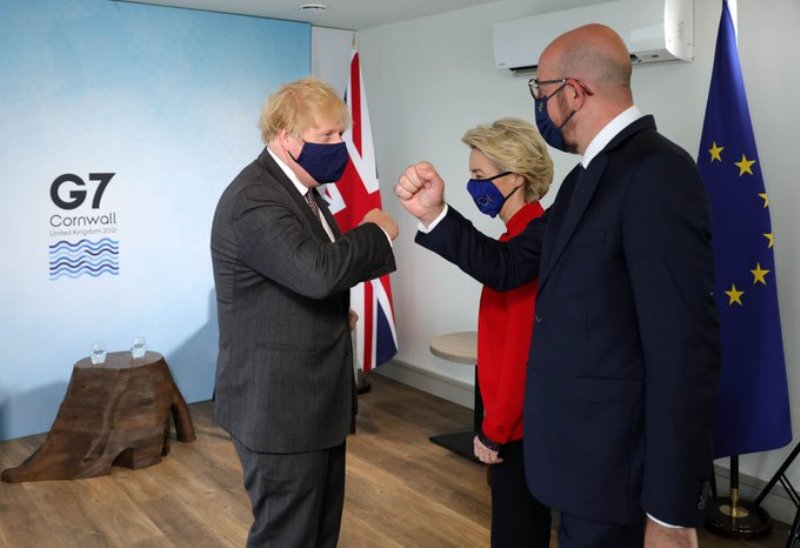 Moscow/Sputnik: The days when global decisions were made by a few powerful nations are over, the spokesperson for the Chinese embassy in the United Kingdom said on Sunday, as G7 is concluding its summit in Cornwall.

"We always believe that countries, big or small, strong or weak, poor or rich, are equals, and that world affairs should be handled through consultation by all countries. The days when global decisions were dictated by a small group of countries are long gone," the spokesperson said in a statement.

Instead, according to the embassy, multilateral relations should be based on an "international system" which would bring the United Nations to the very centre and would use the purposes and principles of the UN Charter as opposed to the "pseudo-multilateralism serving the interests of a small clique or political bloc."

The leaders of the G7 nations earlier agreed to launch a new global infrastructure initiative to aid the economic recovery from the COVID-19 pandemic and counter China's ambitions.

The spokesperson added that China hopes "the relevant countries will take concrete steps to uphold the purposes and principles of the UN Charter" to find a solution to an early recovery from COVID-19 and to respond effectively to climate change.

The three-day G7 summit began in the southwestern English county of Cornwall on Friday. Participating countries include the United Kingdom, US, Canadian, French, German, Italian, and Japan, Australia, India, South Korea, and South Africa were invited to participate in the summit as guest countries.