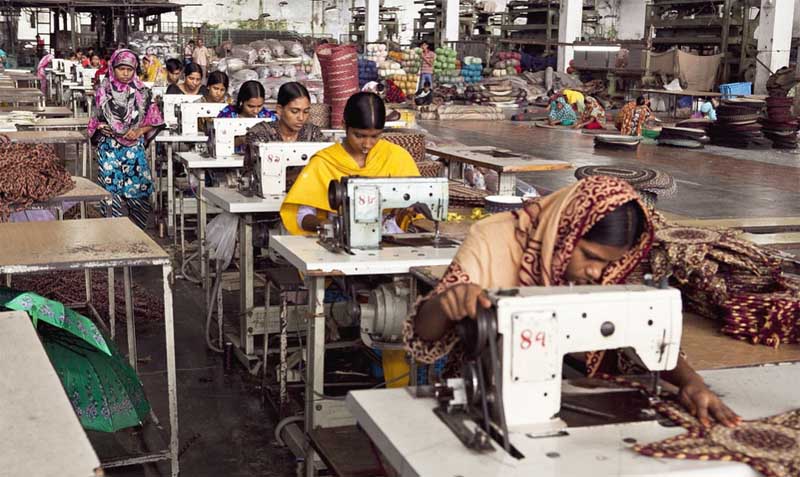 Despite pandemic, Bangladesh will be major apparel supplier: Study

Notwithstanding the uncertainty triggered by the Covid 19 pandemic, Bangladesh will remain a principal source of apparels in the coming months, The Daily Star reported quoting a new study.

A Dhaka-based think thank, The Centre for Policy Dialogue (CPD) and Sri Lanka’s Institute of Policy Studies (IPS) carried out the study.

Bangladesh, alongside China, Sri Lanka and Vietnam are major players in the global supply chain of the apparel business.

Medium-term challenges will closely correlate with the extent to which the coronavirus is contained. The second wave has significantly reduced demand in leading markets such as the US, the UK, and the EU, the study said.

The findings of the study were presented at a webinar on 'Recovery of the apparel sectors of Bangladesh and Sri Lanka: is a value-chain-based solution possible?' in Dhaka.

Khondaker Golam Moazze1m, research director of the CPD, and Kithmina Hewage, a research economist at the IPS, made a joint presentation.

"There is a limited level of initiatives of major market players to keep the suppliers of major sourcing countries and the world of work in uncertainty to address the medium-term challenges."

A significant shift in the distribution of export orders by buyers during the Covid-19 period (January–June 2020) has deprived several major supplying countries, including Bangladesh and Sri Lanka.

Analysis shows that an additional $2 billion worth of orders could be redistributed to supplying countries if the pre-COVID period's market share of export orders is maintained in the case of the largest supplying country – China.

"Both Bangladesh and Sri Lanka have the capacity to supply products that are supplied by China," the study said.

According to the study, 76 per cent of suppliers had to reduce export orders. The highest proportion of order reductions was seen in case of Bangladesh at 93 per cent, followed by Vietnam at 80 per cent, China at 74 per cent, and India at 61 per cent.

Fiscal constraints of Bangladesh and Sri Lanka squeezed domestic capacity to support the apparels sector during the crisis, it said.

In Bangladesh, $1.2 billion subsidised credit to garment enterprises was disbursed in the form of workers' wages, an extension of letters of credit usance, waiver interest of loans, increase in the export development fund, and temporarily deferment of loan payment.

The subsidised credit support has not been received by all factories, the study said.

As of October 2020, more than 360,000 workers lost jobs. Only 14 per cent of the laid-off or retrenched workers received dues. Fifty-eight per cent of workers were in financial difficulties, and 82 per cent saw a deterioration in their food intake in Bangladesh.

Rehman Sobhan, chairman of the CPD, said that the International Labour Organisation (ILO) could consider playing an entrepreneurial role in bringing together international buying countries with supplying countries to restructure the global demand management.