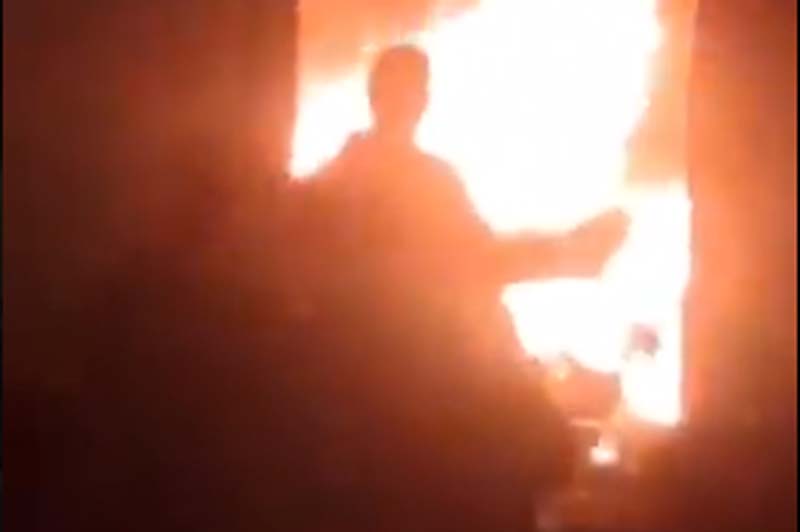 Quetta: At least four people have died as a blast occurred in the parking lot of the Serena Hotel in Balochistan's capital Quetta on Wednesday, media reports said.

The blast in the Pakistani city also left 12 people hurt.

The nature of the blast is still not known.

Rescue officials have reached the spot.

It is reportedly a VBIED+SB blast in which 12 people got injured and 04 have succumbed to their wounds.
02 Assistant Commissioners are also among the injured.
The wounded are being given the best treatment by health department. #QuettaBlast

Balochistan Inspector General of Police Tahir Rai told Dawn.com that the explosion occurred in the parking lot of Serena Hotel.

An ambulance arrives at the scene of the blast. — Photo provided by author

He added that the hotel premises has been cordoned off and the Counter-Terrorism Department (CTD) has been deployed to investigate the incident.