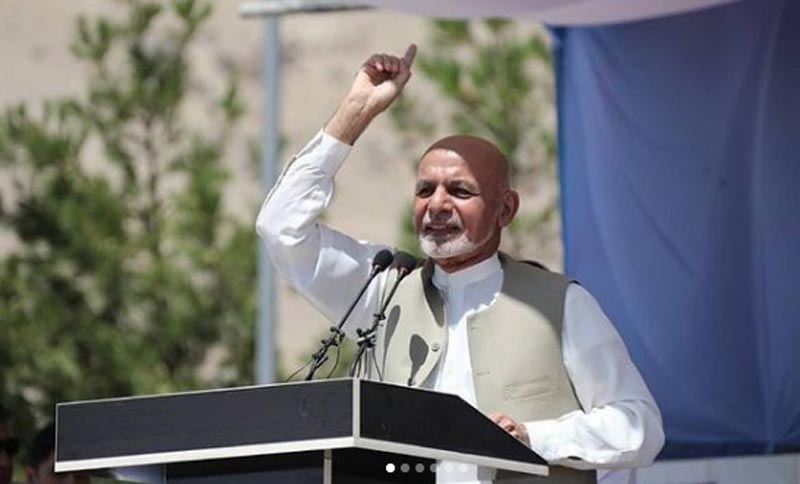 Time for Pakistan to decide its Afghan policy: Ghani

As foreign troops set to leave the country, Afghan President Ashraf Ghani said it is time for Pakistan to decide its Afghan policy. He warned Pakistan will have consequences if his country destabilized.

“For Pakistan, it is a decision of destiny. Will it opt for regional cooperation, international partnership, and regional prosperity through joint efforts, or will it give way to the forces ... to support and sustain the Taliban and the wave of extremism for which Pakistan, next to Afghanistan, has probably paid the highest price? So, it is a moment of decision. We will need to watch,” Ghani was quoted as saying by TOLOnews.

The choice for friendship and enmity is in Pakistan's hands, he said in a function of the Afghan police force held in the presidential palace on Sunday.

“If our country destabilizes,” Ghani said, Pakistan will also be unstable. If Pakistan wants our improvement, they will also benefit from it, he added. He also said the Afghan government is committed to talks, and it is now for the Taliban to decide.

So far, the Taliban has refused to participate in any peace conference on Afghanistan until all foreign troops depart from the country. US President Joe Biden last week announced they would recall all troops by 11 September. However, the Taliban accused the United States of violating the Doha deal under which the latter had promised to pull out all troops by 1 May.