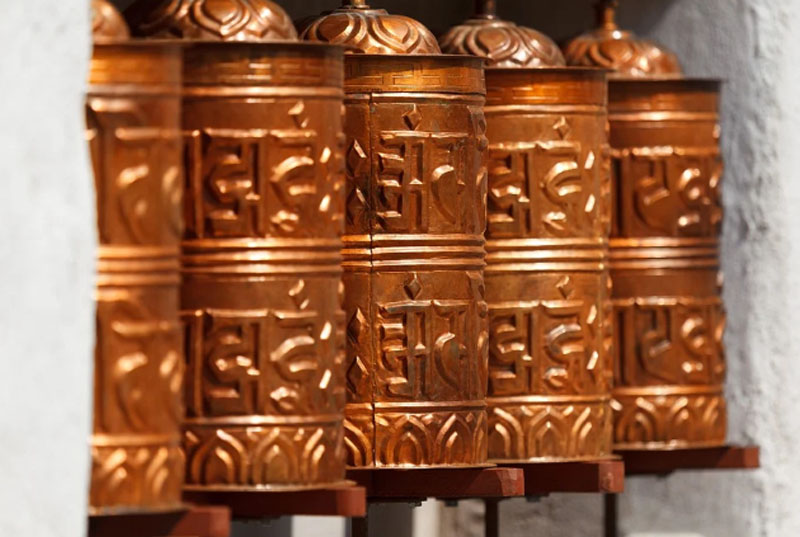 Dating back to centuries, some of Nepal’s stupas were in a worn-out state, covered in layers of dust and grime, and slowly cracking. But, now after a makeover, they have found a new life and are bustling with people wanting to worship at them again.

The credit for these stupas - known popularly as chaityas in Nepal - standing tall in its renewed grandeur goes to a social organisation Chiva Chaitya, which has been working in Nepal to restore these stone monuments to their past glory.

“The people in Chiva Chaitya are doing great work of conserving the uniqueness of the valley and re-strengthening people’s relationship with the shrines that have surrounded us,” said Bharat Shahi, a local.

“These shrines are an important part of Kathmandu’s inheritance and culture, one that needs to be preserved,” Shahi, who had given up hope on seeing these monuments restored.

Chiva Chaitya’s stupa restoration project started as the country prepared to come out of the COVID-19 lockdown. Amid the gloom of an economic collapse across the country, where the tourism industry suffered the most, the group found themselves determined to work on the protection of communal heritage to foster the distinct identity of the valley’s culture and tourism and people’s relationship with a tangible inheritance, according to The Kathmandu Post.

As a result of the organisation’s efforts, today the same stupas, which locals believe dates back to centuries has been restored gloriously.

Chaityas, or stupas are a significant part of Kathmandu’s heritage and culture that goes beyond the Gregorian calendar, says Sumati Bajracharya, a 77-year-old Buddhist intellect and the author of the book Chiva Chaitya. The people of the Valley for long have built chaityas wherever they have lived.

The shrines are worshipped on a day-to-day basis by different ethnic groups. Chaityas are a significant part of all the rituals. They are also an ode to the dead, made in remembrance of someone endeared. And in Buddhism, chaityas are also regarded as a three-dimensional representation of the Mandal that embodies the principle of life.

“Chaityas have a long history. They existed even before Buddha’s time and the term initially was referred to as a place of resting or meditation, later it was referred to the idea of using, ‘chiti’ (ash) of the deceased to make a stupa in their memory,” Bajracharya was quoted by the newspaper.

“The concept of the chaitya has evolved with Buddhism. At first, it was just made with earth, without the Pancha Buddhas or the gajur (pinnacle), but today we see all kinds of them, and in many ways their existence attributes to the uniqueness of our culture,” said Bajracharya.

“In terms of conservation and protecting what we have, people, have not understood what these stone monuments mean in our culture - even archaeologically speaking,” said Amar Tuladhar, a board member and the treasurer of Chiva Chaitya.

Added Prabin Shakya, the vice-president of the organization, “We believe if we are to protect these chaityas, we need to establish ownership and only then will people question and make more effort in the preservation of the chaityas and their culture.”

“For these operations, we usually collect money from our friends and benefactors. But oftentimes, the community people have stepped in to contribute to the restoration,” he said.

In the past five months, the group has restored five chaityas and plan to cover at least six more this year. Recently, they restored a terracotta chaitya, which they believe to be over hundreds of years old.

Their work has come for much appreciation. Last year, they were funded by the World Monument Fund, a New York-based non-profit organization dedicated to preserving and protecting endangered ancient and historic sites around the world. They have also enlisted Chiva and chaityas of Kathmandu on their watchlist of 2020.

The group, which was started by five friends - Prabodh Kasa, Prabin Shakya, Suban Tuladhar, Ashish Manandhar, and Amar Tuladhar - have come a long way from just discussing the importance of the shrines to actually restoring them.

“We started talking in 2012-13 about how these chaityas are mostly overlooked by the state and the people. We wanted to make people aware of how these shrines are important both culturally and socio-economically. We believe it can attract more tourists too,” said Shakya.

Then, they were a social group that was recording and documenting chaityas in the valley, trying to create an inventory through images, and their history. Alongside, they also promoted chaityas through community and school interactions, chaitya tours, cultural tourism conservation programmes, and cleaning activities.

These days they are also working to establish GPS locations of chaityas in the valley. They have so far recorded over 1,300 chaityas, but believe the count could be over 4,000, excluding well-known chaityas like Swayawambhu, Khasti, Namobuddha, Dhando chaityas.