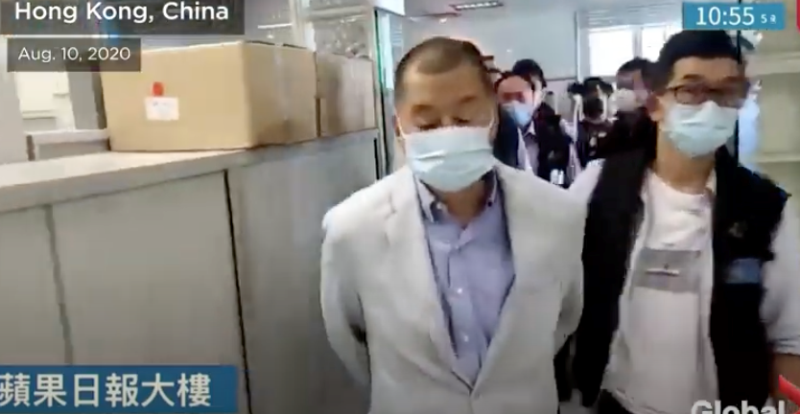 He will have to remain in custody now.

Lai was named in a hearing at West Kowloon Court on Wednesday, in which a 29-year-old legal assistant appeared for mention and was accused of conspiring with Lai, activist Andy Li Yu-hin and others in colluding with external forces, reports South China Morning Post.

Officers arrested Lai, who founded the tabloid-style Apple Daily newspaper, on Tuesday evening under the national security law for “conspiracy to assist an offender”, and “conspiracy to collude with a foreign country or with external elements to endanger national security” – a crime carrying a maximum sentence of life in prison, the newspaper reported.

He is one of the high-profile Hong Kong persons who was charged under controversial security law.