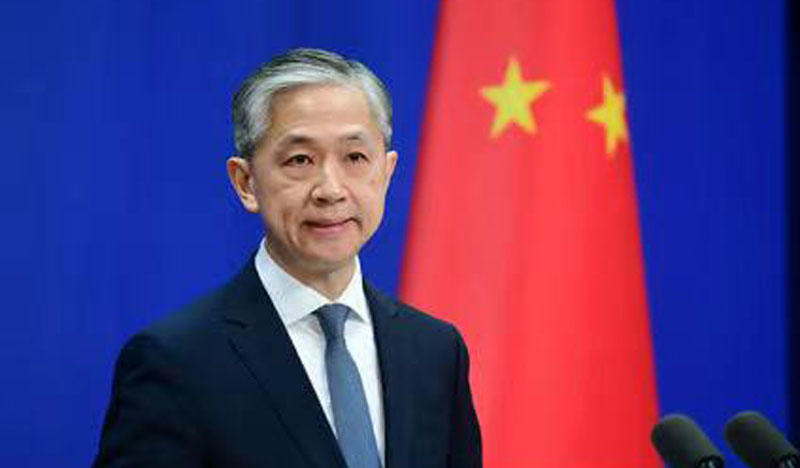 China calls BBC report on Uighur as 'unjust and irresponsible'

"We repeatedly stated China's position on BBC's unjust, subjective and irresponsible reports on Xinjiang. We hope the relevant side can tell right from wrong, avoid being deceived or misled by disinformation or biased reports, and view the relevant matter in an objective and rational manner," Foreign Ministry spokesperson Wang Wenbin told media.

An investigative report published by BBC has revealed that women in China's "re-education" camps for Uighurs have been systematically raped, sexually abused, and tortured.

The men always wore masks even though there was no pandemic then, said one of the victims,Tursunay Ziawudun, reports BBC.

She said these men wore suits which were not police uniforms.

Ziawudun told the news channel these men also took her.

"Perhaps this is the most unforgettable scar on me forever," she said.

She had spent nine months in China's secretive system of internment camps in the Xinjiang region.

According to independent estimates, more than a million men and women have been detained in the sprawling network of camps, which China says exist for the "re-education" of the Uighurs and other minorities, reports BBC,

Tursunay Ziawudun, who fled Xinjiang after her release and is now in the US, told BBC women were removed from the cells "every night" and raped by one or more masked Chinese men.

It is impossible to verify Ziawudun's account completely because of the severe restrictions China places on reporters in the country, but travel documents and immigration records she provided to the BBC corroborate the timeline of her story.

Her descriptions of the camp in Xinyuan county - known in Uighur as Kunes county - match satellite imagery analysed by the BBC, and her descriptions of daily life inside the camp, as well as the nature and methods of the abuse, correspond with other accounts from former detainees.

Internal documents from the Kunes county justice system from 2017 and 2018, provided to the BBC by Adrian Zenz, a leading expert on China's policies in Xinjiang, detail planning and spending for "transformation through education" of "key groups" - a common euphemism in China for the indoctrination of the Uighurs. In one Kunes document, the "education" process is described as "washing brains, cleansing hearts, strengthening righteousness and eliminating evil".

A Kazakh woman from Xinjiang who was detained for 18 months in the camp system, told BBC she was forced to strip Uighur women naked and handcuff them, before leaving them alone with Chinese men.

"My job was to remove their clothes above the waist and handcuff them so they cannot move," said Gulzira Auelkhan

"Then I would leave the women in the room and a man would enter - some Chinese man from outside or policeman. I sat silently next to the door, and when the man left the room I took the woman for a shower," she said.